92 points John Gilman
"This is a special bottling of Listán Blanco from Monje, as the family only produces this long-aged cuvée in top years when they have need of some new barrels for the cellar. When the combination of a high quality vintage and a need for new casks in the cellar arises, the Monje family will make this particular bottling, which breaks in the new barrels with eight months of aging for the Listán Blanco (some older casks are also used, so the wine is not too oaky) and Felipe Monje will then age the wine for fully ten years in bottle prior to its release, “to allow the new oak to fully integrate in the wine.” Consequently, the 2003 is the current release for this rare bottling and it is drinking beautifully, wafting from the glass in a complex blend of tangerine, butter, gentle notes of honeycomb, dried flowers and hazelnuts. On the palate the wine is deep, full-bodied, crisp and complex, with a fine core, impressive focus and grip, zesty acids and a long, classy and à point finish. This is a superb example of a fully mature Listán Blanco that still has plenty of future life ahead of it. 2017-2027+."

Vinous Reverie Notes
100% Listán Blanco aged 8 months in large French barrels (some old and some new) then aged at least 8 years in bottle before release. This new-oak white cuvée is made only in the best vintages: the 2003 is only the seventh vintage in the winery's 58 years of existence. Listán Blanco is the main variety of the Canary Islands. This is the same grape as Sherry’s Palomino Fino, and it was introduced to the islands in the late 15th century specifically for sack production. While it is generally considered to yield wines of middling quality, the ancient vines and volcanic terrain of the Canaries allow for the production of some dazzling wines. In general, varietal Listán Blanco wines tend to be low toned and semi-aromatic, with moderate alcohol and a nose evocative of white Burgundy.
The Monje family has been making wine since 1750. For generations they have passed their passion for and knowledge of the land from father to son. Today Felipe Monje continues the family tradition. Felipe stewards some of the oldest vines on Tenerife (300+++ years old!) and his cellar, full of 200-year old barrels, is a paean to the history of the trade routes that first brought the Canary Islands to worldwine viticultural renown. 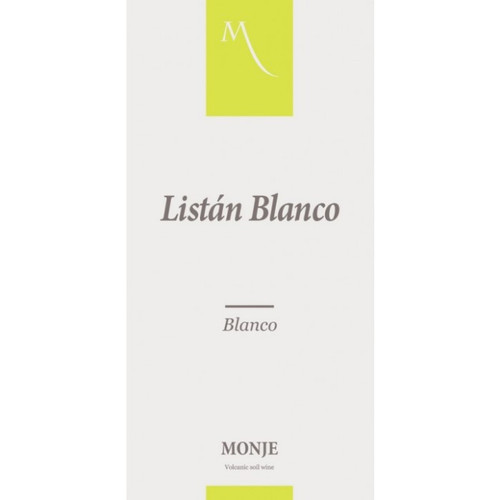