Jancis Robinson
"Surprising amount of TDN on the nose already. Quite developed but still fresh and lively. Creamy texture comes as a surprise. Lots of lime fruit even though the bottle age is showing in a hint of kerosene. More savoury and tight on the palate than on the nose. Great length and concentration. 17/20 points. (JH)"

Vinous Reverie Notes
A unique winemaking partnership where German tradition and precision meets the premium, cool climate fruit from the Adelaide Hills. “Kanta” Riesling is the brainchild resulting from a 3 year plan devised by Egon Müller and East End Cellar’s Michael Andrewartha. They flew all over the Australia to source the perfect fruit and winemaking facility, finally finding it in Michael’s own backyard, Balhannah, in the Adelaide Hills. Müller ultimately chose the Shaw and Smith vineyards, basing his decision on the high altitude, superb quality fruit and the proximity of its winemaking and bottling facility to the vineyards. As the years have passed, Egon’s understanding of the Australian conditions has grown exponentially. He believes the key to Australian fruit is in the skins, as he has noticed much thicker skins than the fruit he works with in Germany. In 2010 the decision was made to move to a higher altitude vineyard – Argyle Vineyard, Echunga in the Adelaide Hills at over 400m above sea level. Echunga is just 13 kilometers up the road from Balhannah with more iron stone trace elements. The original plantings of this area date back to the first in South Australia, as far back as the 1840s; since then the Riesling vineyard was rejuvenated in 1999. The style remains the same from the beginning- fresh and focused with superb texture, bone dry and made to age gracefully for many years to come. The winemaking process has also remained the same since the first vintage in 2005, with fruit cold soaked for 8 hours, after which fermentation was allowed to commence naturally using the indigenous yeasts that occur in the vineyard. The wine was then held in tank on lees for over 6 months before being bottled. They then hold the wine back a further 12 months in the bottle or until they believe it is ready to be released. 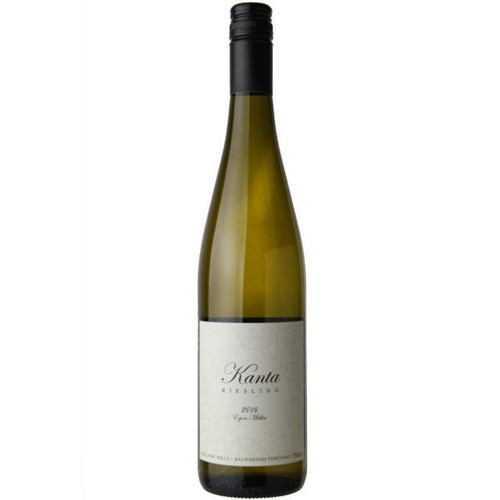