94 points James Suckling
"A beautiful white that shows a hint of cinnamon and spice, spread out on the top of chalky and flinty aromas, which themselves give way to guava peel and lemon zest. Quite long and powerful on the palate, which frames a tightly knit but robust portrait of zesty apricots and apples. Drink now."

Jancis Robinson
"The steeply sloping stone-walled Kitterlé vineyard enjoys three different exposures: south-west, south and south-east. Soils are made up of pink sandstone and volcanic rock. Grapes are hand-picked and whole-bunch pressed, followed by static settling on the lees. Fermentation in stainless-steel tanks and the juice rests on the lees for 8 months before bottling.
Fine, taut wine that suggests terroir rather than fruit on the nose. Grapefruit peel and quite demanding. Needs time but it’s minerally and pungent. Still pretty austere on the end. The most reserved wine so far! 17+/20 points."

Vinous Reverie Notes
History: Ranked among the best wines in the world, the Riesling is one of Alsace’s biggest successes. Introduced in the 15th century, and originating from the Orleanois region, it is different from its German counterpart and from the numerous Riesling, which can now be found a little all over the world. A late-ripening grape variety, it continues to ripen at low temperatures, but gives marvelous results when there is a sunny, dry, late summer. First distinguished in 1699, Kitterlé has always had an exceptional reputation. Already protected in the middle ages, it has been sold under its own name since 1830. Location: This volcanic-sandstone plot is on a unique site, on a steeply sloping rocky outcrop facing three ways (south-west, south and south-east). The light, sandy soil, which is kept back by huge dry stonewalls, only gives very low yields (25 to 35 hl/ha). Food Pairing: Ideal to accompany a cuisine based on the sea, it can be associated with stuffed mussels as in the French city of Sete, a nage of crustacean and shellfish in a crust, a green tea risotto with lobster medallions or a goat’s cheese. 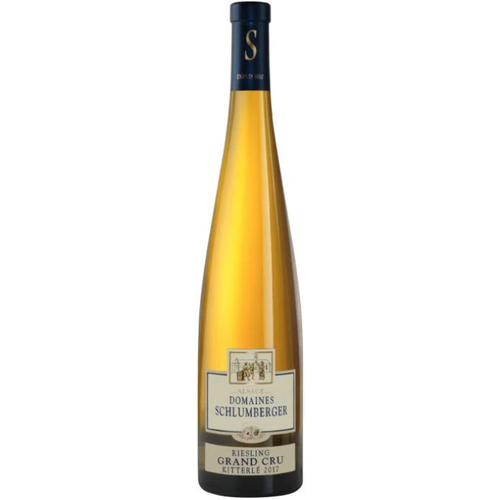