Vinous Reverie Notes
Jancis Robinson - Wine of the Week
"A (hypothetical) red Condrieu from the masters of the appellation.
One of wine's greatest pleasures is discovering a declassified wine which is every bit as good as the real thing. This week's Syrah from the northern Rhône is exactly that – delivering the perfume, intensity and typicality that is Côte Rôtie in all but name – but with the added twist that the appellation in which it is grown is in fact Condrieu, famed for its opulent white wines.
The vines for this red are planted in the Ste-Agathe lieu-dit, which is in the heart of Condrieu, on a steep slope close to the town itself, as illustrated by this World Atlas of Wine map. Co-owner Paul Amsellem tells me that the soil here is the same black mica that they get in Côte Rôtie, and that when the appellations were created in 1940, the original proposition was to allow Condrieu and Côte Rôtie to overlap in this area, but local rivalries scuppered that plan before it could be enacted.
The domaine, George Vernay, still bears the name of its founder, the late hero of Condrieu, credited with saving both the appellation and its grape variety Viognier from extinction. In the 20+ years since his daughter Christine (Paul's wife) has been making wine here, their range of reds has come to equal the reputation of the whites – as witness the Fleurs de Mai Syrah I made wine of the week last year.
Their Ste-Agathe cuvée is a step up from Fleurs de Mai since the vines grow on a steep, south-east-facing slope rather than on the adjacent plateau which lies outside the Condrieu appellation. Otherwise, the wines are made in a very similar way. Fleurs de Mai has slightly lower planting density but slightly older vine age, while Ste-Agathe has 12 months in old oak, compared with Fleurs de Mai's eight.
Whereas the Fleurs de Mai was a ready-to-drink, youthful expression of Syrah in all its peppery glory, Ste-Agathe is more compact and stocky. At first, it seemed reticent (but perhaps I was serving it slightly too chilled) but by the final sip, it was bursting forth with savoury, beefy aromas and luxurious black fruit. This late flowering of flavour, combined with firm (but not astringent) tannins, makes this a more ageworthy wine, and I'd be confident in cellaring it for ten years or more, since it has all the requisite qualities that allow for bottle-matured complexity.
Finally, a word about value. As a recent émigré to Singapore, value has become of particular interest to me since wine is so gut-clenchingly expensive here compared with London – although I bought this particular bottle from Straits Wine on a 30% discount, down from SG$74.30 to 52, equivalent to £31 ($38), which isn't so far off the UK price.
That is still relatively expensive, but for a Vernay red offering all the quality and style that you'd expect from their Côte Rôtie that costs double the price, I think it is excellent value. Plus it has the additional premium of being red Condrieu!" 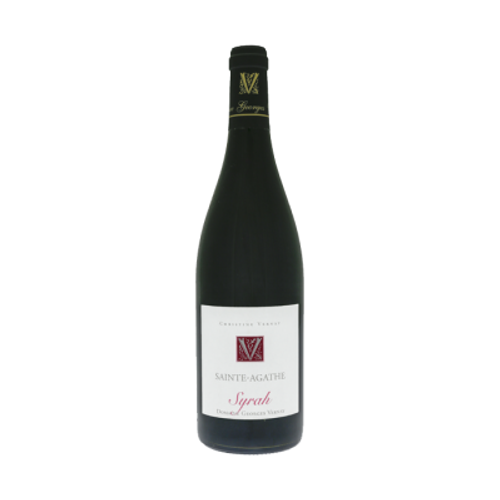