Vinous Reverie Notes
The names Sauzet, Carillon and Leflaive have become synonymous with Puligny, but one local clan has remained under the radar. The Chavy family has had roots in Puligny for almost 200 years. In 1976, after years of selling grapes to negociants, they began to bottle wine under their own label, and Domaine Gerard Chavy et Fils soon established itself as one of the finest domaines in the village; however, in 2003, after a family dispute, the estate was dissolved. The brothers Jean-Louis and Alain Chavy, who had jointly run the domaine, went their separate ways, each determined to build his own legacy. Alain Chavy is the owner of Chavy-Martin and has some pretty incredible holdings. In addition to the prestigious plots Les Folatières, Le Champs Gain, and Les Pucelles, the domaine owns a precious parcel in Le Clavoillon. Les Pucelles and Les Clavoillons sit adjoined on the slope, but Chavy-Martin is one of only two cellars in Burgundy where you can taste them side by side. Domaine Leflaive owns the vast majority of the 5.59 hectare Le Clavoillon, but the Chavy brothers each claim a small portion, preventing it from being a monopole. Alain farms just under half a hectare of 50 year old vines in Les Clavoillons, and from it he produces a wine of great depth and minerality. 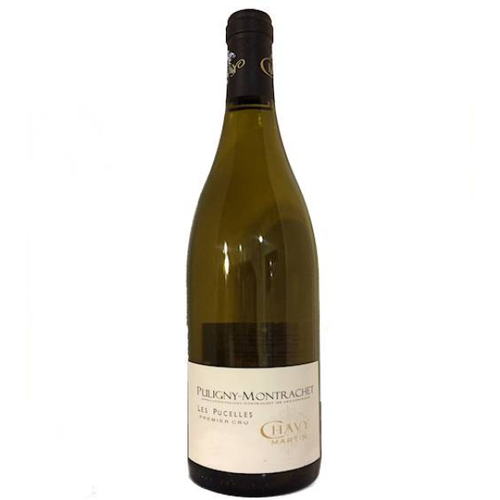