Vinous Reverie Notes
Zorah has 15 hectares of vineyards, surrounded by mountains at 1,400 m elevation and only a little over a kilometer from a 6,100-year-old winery. The vineyards are situated in the small rural village of Rind, in the heart of Vayots Dzor. Long dry summers with plenty of sunlight and high daytime temperatures that contrast with cool nights encourage a lengthy growing season. The soils are rocky and rich in limestone, helping maintain moisture for the vines during the intense summer heat. Ungrafted vines in this phylloxera-free zone. Grapes were selected in the vineyard and harvested by hand. Fermentation took place in temperature-controlled concrete vats with indigenous yeasts, the micro-oxygenation in the concrete being similar to that of the traditional clay karas in which the wine is then aged for around 12 months. The karas are of varying sizes and are buried up to three-quarters of their height. Each karas has been given by the local people to Zorah and each one is believed to influence the wine. The wine was very lightly filtered before bottling. 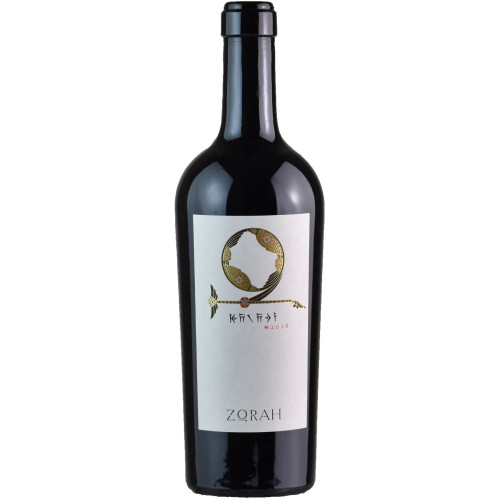