92 points Robert Parker's Wine Advocate
"The light, perfumed and highly drinkable 2016 Quite is produced with grapes from old Mencia vines from different plots in the village of Valtuille de Abajo on clay and sandy soils. The destemmed grapes fermented in stainless steel, and the wine was partly aged in used French barriques and in 800-liter terracotta amphora for eight months. It has notes of iron and blood, with an herbal touch, less exuberant and more serious. It&#39;s textured and combines juicy fruit with earthy minerality, agile and weightless but with energy. Great introduction to Bierzo and great value. 20,000 bottles produced. It was bottled in July 2017."

Vinous Reverie Notes
When Veronica Ortega settled in Bierzo, she acquired several plots of old-vine Mencia near the village of Valtuille de Abrajo on sandy and clay soils. After a few vintages of just making a single wine from these vines, ROC, Veronica began to discern that the sandier plots were more expressly and delicately floral and benefited from a shorter time in barrel. From this realization, Quite was born in 2012. Since this first vintage, Veronica has continued to seek ways to emphasize the innate qualities of Quite – she now destems the fruit entirely, ferments in tank, has shortened the maceration, and employs 800L amphorae for aging a portion of the wine. 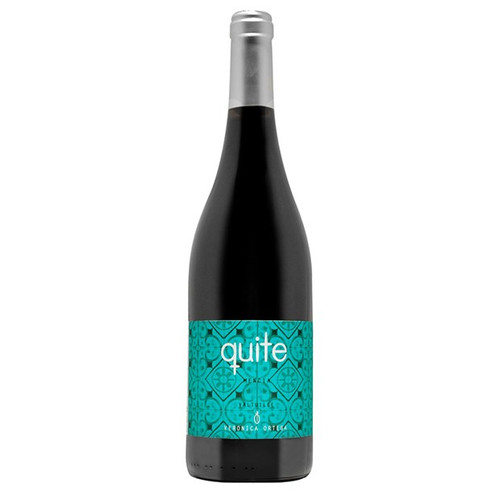