Vinous Reverie Notes
Jancis Robinson - Previous Vintage Review
"Just coming to the end of a week in the United States plugging American Wine, a new book celebrating this increasingly exciting phenomenon written substantially by Linda Murphy, I wanted to share my delight at the much wider choice now offered to American diners. Today the range of grape varieties on offer here, particularly on good restaurant wine lists, has been widening at a thoroughly heartening rate. There was a time when there was hardly any variation from the most obvious suspects. But now you are much more likely to be offered an Albariño, a Tempranillo, a Charbono (Argentina's Bonarda), and especially a Grenache.
I came across this wine at Napa Valley veteran restaurateur Cindy Pawlcyn's latest incarnation of the site that was once Go Fish and is now Cindy's Wood Grill and Wine Bar on the southern outskirts of St Helena. She has assembled an admirable array of California wines by the 2 oz or 5 oz glass and this was the most stunning that I tried.
It's made from the fruit of the Bechtold vineyard, whose story is well told in the San Francisco Chronicle by Jon Bonné. It was planted in 1886 about five miles west of the town of Lodi at the head of the baking hot Central Valley. This was where Robert Mondavi set up shop for his less expensive Woodbridge label and has long been associated with fairly strapping reds, especially Zinfandels, from relatively industrially farmed vineyards.
But Cinsault produces particularly fruity, pretty, often rather pale wines, and these gnarled 127-year-old vines were (a) never pulled out (which is some sort of miracle) and (b) were never subjected to agrochemicals, so the quality of the fruit is decidedly superior. Although for most of the modern era, Cinsault was almost impossible to sell, Randall Grahm of Bonny Doon spotted the vineyard's potential and used it for his Vin Gris de Cigare. A fairly full-on number called Rhododactylos has also been made from Bechtold vines by the Scholium project (see notes on two of their wines in our database), and now there is this gloriously transparent, flirtatious, lightly earthy number.
Ehren Jordan (pictured, from napawinelibrary.com), the much-admired but very recently departed winemaker at Zinfandel specialist Turley Cellars, was quoted only quite recently on terroirist.com as saying, in the context of Failla where he makes fine renditions of Burgundy grapes, that he'd get bored vinifying just one variety. Eh voila! This is seriously off the beaten track, a lovely fresh, gorgeous, persistent, utterly un-Lodi-stereotype wine, vinified like Beaujolais. I think it is brilliant value and would happily drink it any time in the next couple of years.
It's available only in the US, I'm afraid, and mainly in restaurants at that – but wine-searcher.com does log one stockist in Colorado, and you can presumably at least trace it via www.turleywinecellars.com.
If you can't get your hands on this wine, I at least urge you to look out for other well-made Cinsaults. See, for example, this 2011 wine of the week and this 2008 one." 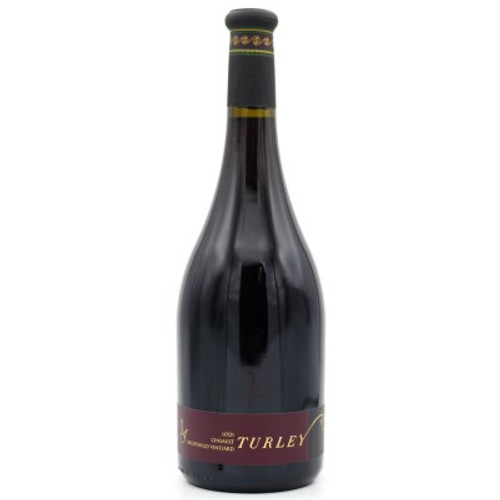