92 points Wine Enthusiast
"At almost half Cabernet Franc (49%), this is slightly leafier than what most producers are pulling out of the Gimblett Gravels. The balance is Cabernet Sauvignon (39%), with small amounts of Merlot (9%) and Malbec (3%). The tobacco, chocolate and cassis notes are carried by medium body and a firm, dry texture. Drink 2019–2030." (3/2017)

Jancis Robinson
"49% Cabernet Franc, 39% Cabernet Sauvignon, 9% Merlot, 3% Malbec. Aged for 16 months in French oak (35% new).
Tall, heavy bottle. Attractively savoury, lightly balsam nose. Still very youthful and more about framework than fruit at the moment. No single variety dominates so the blend is certainly valid. Lots of grippy tannin rather dominates the fruit but the fruit is ripe and bright. Sandy tannins on the finish. Super appetising but wait for this. No more than medium bodied. Not especially persistent. 16.5+/20 points."

"It never ceases to amaze me how loose is the correlation between wine price and the amount of pleasure it gives. Rarity, hype and (sometimes deluded) belief in investment potential all play their part in inflating prices above their true worth.
The main reason why a wine might be fine yet undervalued is fashion. The Zinfandel grape can produce some delicious wine but at this point in history is not viewed as a name as glamorous as Cabernet Sauvignon, for instance. Sherry in general is ridiculously underpriced, precisely because it is not in vogue. Wines from up-and-coming wine regions are generally (though not routinely) priced well under the classic prototypes on which they are based. And then of course there are those few benign producers who are simply kind, and unburdened by debt, when setting their prices.
Here are some of my best-value fine wines, mostly in the £30-50 per bottle bracket but occasionally less expensive.
Trinity Hill, The Gimblett, Hawke's Bay, New Zealand
The Gimblett Gravels section of New Zealand's Hawke's Bay region is clearly magically suited to producing good copies of smart red Bordeaux. In a blind comparative tasting of some of the top Kiwi wines with 2005 Bordeaux first growths the 2006 vintage of this wine, which can be found for well under £20 a bottle, was very impressive."

Vinous Reverie Notes
Jancis Robinson - Previous Vintage Wine of the Week
"There is little doubt that, in stark contrast to the weak 2012, 2013 was an outstanding vintage for New Zealand’s answer to the Médoc and northern Rhône rolled into one: Hawke’s Bay (see the introduction to New Zealand – a compilation). I have already recommended one 2013 Bordeaux blend as a wine of the week and here is an even better-value one – at half the price in fact.
Trinity Hill is run by the irrepressible John Hancock (whose son William is currently studying wine at Plumpton in Sussex) and was set up by Robert and Robyn Wilson, an Anglo-Kiwi couple who own Bleeding Heart and The Don restaurants in London and are in the process of transferring two-thirds of Trinity Hill to American wine entrepreneur Charles Banks. With the first vines planted in 1993, it was one of the pioneers of the so-called Gimblett Gravels subregion of Hawke’s Bay, on the old river bed of the Ngaruroro. Today they grow a wide range of varieties, with Syrah one of their top performers, but from the exceptional 2013 vintage it is The Gimblett, their top Bordeaux blend, that has particularly impressed me.
Like many of the Bordeaux blends grown in the Gimblett Gravels, the late-ripening Cabernet Sauvignon plays only an auxiliary role. The blend is 40% Cabernet Sauvignon, 30% Merlot, 29% Cabernet Franc and 1% Petit Verdot. It was given 16 months in French oak, of which 30% of the barriques were new. So far, so unexceptional for this wine type (read about a comparative tasting of 2005 Gimblett Gravels blends with top bordeaux back in 2009).
But I was particularly struck by how well the tannins had been managed in this youthful blend, and how the wine seemed to build towards the end of the tasting experience – relatively rare except in the finest burgundies – rather than be designed to show its all in the first sniff. The wine is ‘only’ 13.5% (alcohol levels are generally coming down in Gimblett Gravels wines) and this particular one is whistle clean. I think it should age particularly well and would ideally save it until the next decade..." 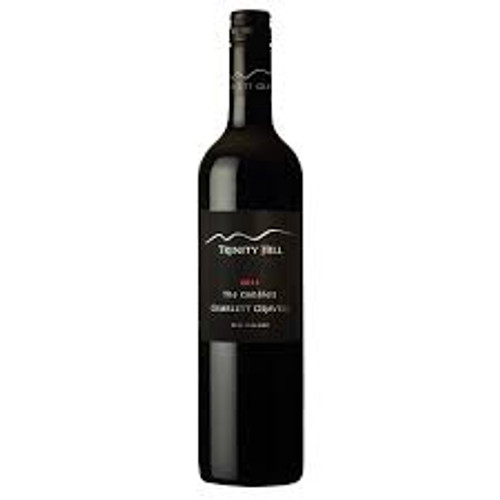