Vinous Reverie Notes
Eduardo Torres Acosta, a young winemaker from the Canary Islands, first began working with vines in Tenerife where his father (a local postman) had a small plot of land. In 2012 Eduardo moved to Sicily, where he interned at Azienda Arianna Occhipinti. Soon thereafter he got a job as the enologist at Azienda Passopisciaro, one of the pioneers of Etna's new wave of producers. Despite Eduardo’s "outsider" status, he managed to rent several fine parcels on Etna from locals. Up until the 2017 vintage, the grapes were harvested and then trucked to Arianna Occhipinti’s estate in Vittoria. Since the winemaking facility was not on Etna, the wines were not allowed DOC status and simply carry the IGT Terre Siciliane designation. Today Eduardo works eight small parcels totaling 4.5 hectares. The main production is a wine called Versante Nord, produced in both white and red. Both wines are sources from six parcels totaling less than two hectares on the cooler, north-facing side of Mt. Etna (hence the name) at elevations ranging from 750 to 950 meters. In traditional style, he vineyards are mixed plantings of various local varieties. The red grapes include a majority of Nerello Mascalese with Nerello Cappuccio, Alicante, Garnacha and others. The training is mainly alberello, in some cases growing as bushes and in some trained on wires. 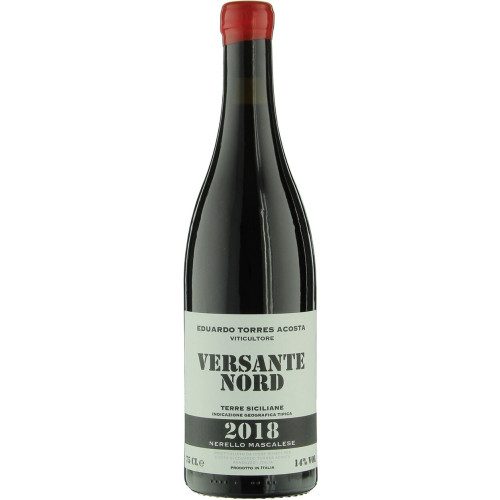