Jancis Robinson
"95% Canaiolo, 5% Barsaglina. While the label states IGT Toscana, this comes from vineyards almost at the border with Liguria on the coast. Merla is the local synonym for Canaiolo, which here is grown in vineyards on soils rich in iron and lignite on pebbly subsoil. High-density vineyard of 8,600 vines/ha. Each parcel is fermented separately in concrete and aged in large oak casks of 20 hl for 18 months, followed by eight months in bottle.
I am normally not very fond of Canaiolo because it mostly plays second fiddle in Sangiovese-dominated blends, adding softness and concentration, while lacking the tannic core and tanginess of Sangiovese to really convince on its own – with exceptions, I hasten to add. This is a different story, though. It’s much more transparent and much more a coastal than a Tuscan continental wine. Dark fruit mingling with notes of liquorice powder and laurel leaf and with earthy and salty notes. Soft, gentle raspberry, blueberry and dark cherry palate, supple and elegant. Nothing forced, and with fine, sandpapery tannins. Deceptively easy to enjoy and with a subtle, long finish. 17/20 points. (WS)"

Vinous Reverie Notes
From the north coast of Tuscany. Terenzuola is a superstar producer, but this bottling rarely leaves the country. It is actually the first time that this wine has been imported into the US. Aged in fermented in large neutral oak barrels, this is named Merla after the particular clone of Canaiolo used. Tasting Notes: Scents of black pepper, red brambly fruit and violets leads to a juicy palate with tobacco, plum, wild cherry and earth. 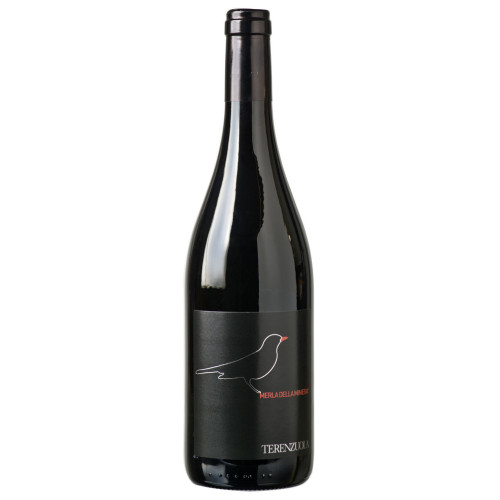