Decanter
"The domaine's second wine, produced from Grenache, Syrah and Cinsault is more approachable than the grand vin. Creamy red fruit notes with a touch of spice. Full and rich on the palate leading to a firm, structured finish."

Vinous Reverie Notes
Bébian refers to Bebianus, the retired centurion who was granted these lands upon his retirement from the Roman legions in the 1st century CE. By this time Pliny the Elder had already written praise for the vineyards in the vicinity of Béziers, the Roman town closest to Bebianus’ new estate. With the fall of the Roman Empire Bebianus’ lands returned to obscurity until they were rediscovered by the Cistercians who built the priory church of Saint Jean in 1152 and began replanting the vineyards. Handed down from generation to generation, Bebian eventually came into the possession of Alain Roux who replanted many of the vines of the property sourcing the best massale selections of Syrah from Chave, Grenache from the Rayas and Mourvedre from Tempier. Alain also established the early reputation of Prieuré Saint Jean de Bébian with his iconoclastic wines and temperament. Named for the 12th century chapel on the property, La Chapelle Rouge is made from a blend of younger vine Grenache, Syrah and Cinsault planted on clay limestone and sandy clay soils. Each variety is fermented separately in stone vats dating to the 18th century with the Grenache and Cinsault seeing shorter macerations to preserve their fruit and aromas while the Syrah is macerated longer. 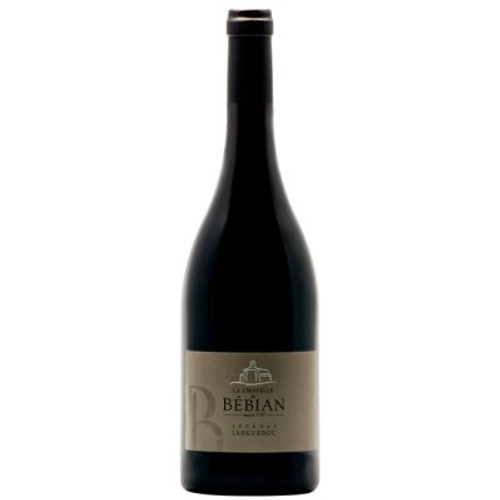