92 points Wine Enthusiast
"Very light in the glass, this bottling from a very cool-climate vineyard shows a clean line of honeysuckle, crisp Asian pear and tart lime blossoms on the nose. There is great tension to the tight and tart lime-laced sip, with some nectarine ripeness in the midpalate, lots of chalky texture and a sizzle of acidity. Racy as can be, it's great now, but will last for years. Drink now through 2030." *Cellar Selection*

91 points Vinous
"The 2015 Chardonnay (Santa Maria Valley) is all class. Subtly tropical notes, wild flowers, chamomile, apricot and mint are all laced together in a soft, open-knit Chardonnay that will drink well upon release. The Santa Maria Valley Chardonnay is essentially the estate's second selection from the Presqu'ile estate vineyard."

90 points Wine & Spirits
"Grown on sandy soil at Presqu’ile’s estate on the western side of the Santa Maria Valley, this is brisk and citrusy. The wine’s salty mineral tone opens into a creamier texture filled with a sweet, lifted violet aroma. It’s a trim chardonnay with the wispy refreshment of an ocean breeze."

Vinous Reverie Notes
One of the most essential elements in what makes the Presqu’ile Vineyard so special is the valley itself. The Santa Maria Valley American Viticultural Area (AVA) was established in 1981, making it the second oldest AVA in California after Napa Valley. It is also one of the world’s most unique AVAs. Along with the nearby Sta. Rita Hills, the Santa Maria Valley benefits from the only two transverse mountain ranges on the entire West Coast of North and South America. Framed between the San Rafael Mountains to the north, and the Solomon Hills to the south, this geographic feature creates a natural funnel, drawing in cool marine air. Additionally, ocean temperatures just off the coast of Santa Maria are typically only about 55˚ to 59˚ F, further cooling the ocean breezes funneled into the valley. As a result, the average annual temperature is just 64˚ F, resulting in a true cool-climate viticultural region boasting one of the longest winegrowing seasons in California (125 days on average). 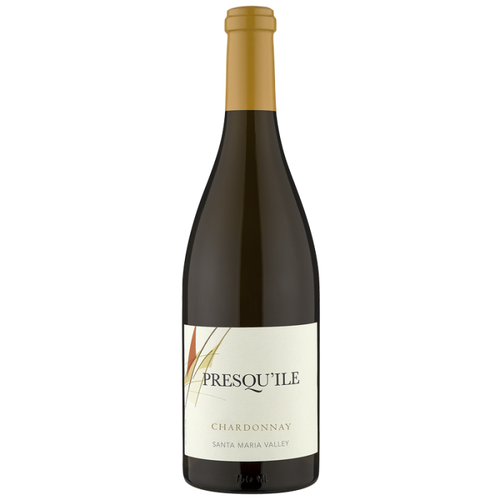