Vinous Reverie Notes
Originally built in 1928, converted into war shelter in the early 90s, and now a winery, it’s the classic tale of a son of a Frenchwoman and an Istrian father growing native Croatian grapes in an old Mussolini era concrete water tank. Born in Jurançon in the foothills of the Pyrenees, Dimitri Brecevic studied oenology in France and then worked at Domaine de Chevalier in addition to working harvests in Australia, New Zealand, Bordeaux, and Burgundy. In 2004 he decided to invest himself in his father’s homeland of Istria near the town of Buzet. The name “Piquentum” is the ancient Roman word for the beautiful hilltop town of Buzet. Dimitri’s arrival falls right in line with the regions long history of Romans, Goths, Franks, and Bavarians. The Republic of Venice even had a solid 500+ year run. And although briefly a part of the Austro-Hungarian Empire until the World Wars, it was briefly once again a Province of Italy until 1947 when Yugoslavia was created and Italy ceded the territory. Istria is also the largest peninsula in the Adriatic, Croatia’s westernmost region, and borders both Italy and Slovenia. With only about 1750 square miles, over 280 miles are coastline with 35% covered with oak and pine forests. Indigenous grapes like Malvazija Istarska and Teran coupled with the mineral rich white and red Karst soils all seem to echo the salinity of this pristine coastline and the pungency of its truffle-ridden interior.
In contrast to the iron rich red soil of Stoka, this Malvazija is planted in predominately the white flysch rich white soil of Istria. It was then fermented in 70% barrel and 30% stainless steel after 3-4 days on the skins in open vats. The skin contact magnifies the salt without losing the aromatics and acidity. The color is a bright gold, not a faded oxidative one. In further contrast to Malvazijas grown near the coast, this is the rugged truffle ridden and forested interior. There’s a meaty earthiness that stands up to the acidic olive oils of the area and can pair with fish as well as the heavier gamey meats of the area. 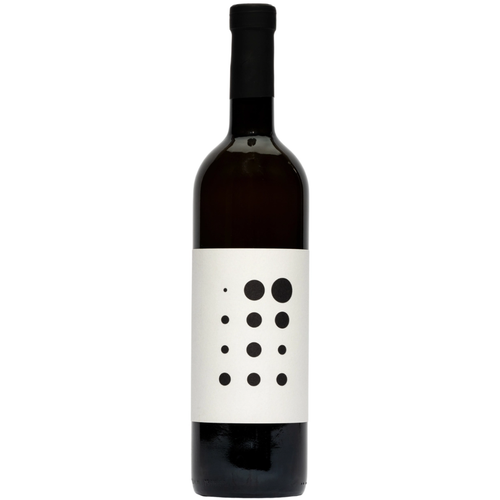