SF Chronicle - Wine of the Week
"One could argue that the most interesting type of wine being made in California right now is Grenache. Whereas this grape variety was once synonymous with inky, full-throttle, high-alcohol wines, it’s now equally possible to find light, ethereal, delicate versions of the wine being made throughout the state.
Typically, delicate wines are the product of cooler climates, where lower temperatures allow grapes to ripen more slowly. But the amazing thing about Grenache (pronounced gren-OSH) is that it can turn out grace and finesse even in the face of heat, says winemaker Matt Naumann.
The Grenache wines that Naumann makes under the Newfound Wines label, which he runs with his wife Audra Chapman, testify to that climate versatility. One of their wines, called Gravels, is a blend of Grenache from three different vineyards, mainly the Cemetery Vineyard in Ukiah (Mendocino County). It’s a warm site, yet the resulting wine is diaphanous and light.
“Grenache grows like a weed throughout the world, and it does well in hostile environments that are hot and extreme,” says Naumann. He points to Priorat, a region in Spain that’s famous for its Grenache and is so hot and dry that it “looks like the Grand Canyon,” he says. Newfound’s home base is in Placerville (El Dorado County), a hot corner of the Sierra foothills, and they’re in the process of planting a vineyard there, which will include several acres of Grenache.
Even though wine geeks consider Grenache to be one of the great grape varieties of the world — it’s a crucial component in well-known wines like Rioja, Cotes du Rhone, Chateauneuf du Pape and Provence rosé — there isn’t a devoted fan club for California Grenache in the same way that there is for Cabernet Sauvignon, Pinot Noir or Zinfandel. Naumann thinks that ought to change, especially because Grenache can achieve many of the same qualities that people love in Pinot Noir.
“Grenache is like the more rugged version of Pinot Noir,” he says. When it’s made in a lighter style, “it has a lot in common with the elegance of Pinot Noir, but just with a lot more structure.”
It’s true. Some drinkers would likely mistake Newfound’s Gravels Grenache for a Pinot, with its translucent ruby hue, its bright pop of red cherry, its aromas of lilac and cranberry, its gentle bite of black tea-like tannins. But the important difference, Naumann says, is that it can taste that way even when grown in heat.
In order to avoid a wine that tastes like “sweet fondant,” in Naumann’s words, he picks the grapes from the Cemetery Vineyard earlier in the season, before they’ve gotten baked by the sun. That helps avoid the confectionery, strawberry-buttercream notes he dislikes, instead maintaining Grenache’s savory nature. He ferments most of the wine whole-cluster, leaving the grapes with their stems while they ferment, which Naumann believes captures floral, perfumed aromas.
The Gravels Grenache is an exciting wine: full of energy, easy to throw back, but still with a tinge of seriousness. At $30, it holds its own against other great light-bodied reds from around the world, not just Pinot Noir but also Cabernet Franc from the Loire Valley or Gamay from Beaujolais. While there are still plenty of delicious examples of fuller-bodied Grenache made throughout California (and the wider world), this style of quieter Grenache is one to watch, especially as temperatures rise." 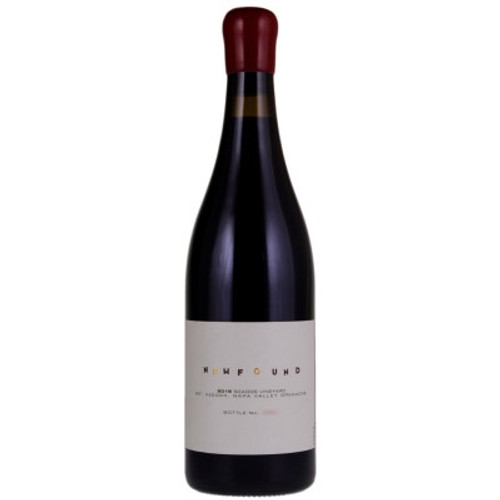