Vinous Reverie Notes
Demeter Certificate. Vineyard: Corvina and Corvinone 85%, Rondinella 10% and Barbera 5%. Climate trend: Winter temperatures drop to -5 for a few days, an event that had not manifested itself for at least 4 years. On April 21, a terrible frost arrives, burning many hectares in the plains and in some hills all over Europe. Even the vineyards that didn’t burn may have suffered some damage due to the severe lowering blooming temperature. In Musella the roe deer, who live undisturbed in the woods, they eat a lot of gems and the damage though hardly 15-20% of production. The season continues regularly until July, when a dry heat puts most of Europe in difficulty again. In Musella, drought remains under control due to the vitality of biodynamic soils. The harvest is very early and begins already in the first week of Aug. The season ends without further problems and although it is to be considered a difficult and tiring year, the final quality of the remaining grapes is excellent. Tasting Notes: Ruby red. The freshness and integrity of the fruit from character to this medium-bodied wine, pleasant and with the persistence of elegant hints of dried flowers. 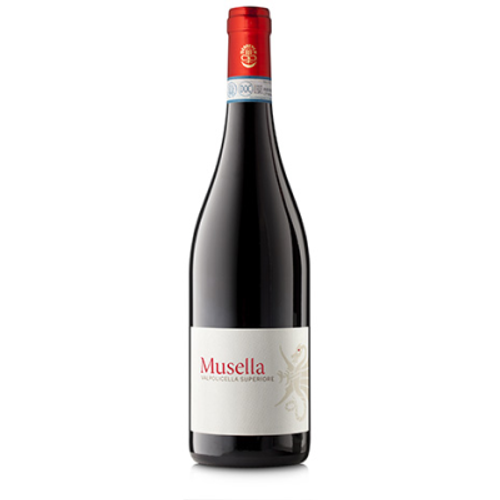