93 points Decanter
"A great-priced wine from Californian Petite Sirah specialists Scott Kirkpatrick and Allison Watkins. Candied blackcurrants, plums and cherries on the nose, fruit-forward and immediately inviting. The flavours and dense and juicy on the palate, refreshing with a lightness of touch. Blueberries play out along side touches of
menthol. It's plush and direct with a silky, energetic texture. Remarkable value here. Serve slightly chilled for even more flavour nuance."

Jancis Robinson
"Debut vintage. 16 barrels produced from a number of different vineyards. Deliberately picked earlier than most Petite Sirahs.
Dark crimson. Satisfying, precise, lovely blend of ripeness and freshness with well-integrated purple-fruit flavours with a hint of gravelliness. Could only be Californian – in the best possible way. Remarkable value for a fine California red that just happens not to have a smart AVA or fashionable grape variety. Clean, vigorous, persistent finish. The lightest of kisses of oak, as Robert Mondavi used to say. Warmth but not heat. VGV (very good value) 17/20 points."

Vinous Reverie Notes
Jancis Robinson - Wine of the Week
"It’s so exciting to discover new producers making serious, kindly priced wines anywhere, but especially in California where they have been relatively rare.
Funnily enough I have recently come across two – with spookily similar names. How weird is that? One is Minus Tide, producers of a series of exciting Mendocino wines grown close to the Pacific coast and named after a particularly low tide there that happens twice a year and is great for gathering seafood, I’m told. I’ll be writing about these wines and the trio behind it in a big survey of new-wave California wines I’m planning.
The other is a relatively new outfit that specialises in the Petite Sirah grape, a California speciality. See what Elaine wrote about the variety and specifically about Mountain Tides in Petite Sirah lightens up. As we point out in Wine Grapes, Petite Sirah is known as Durif in Isère, east of the Rhône in south-east France, where it was first identified in the 1860s. By the 1880s it had been imported by a California grower who was told it was called Petite Sirah. He may have thought it was actually Syrah. Until very recently it was regarded as a usefully powerful blending ingredient in California, but a clutch of winemakers are now taking it much more seriously and making lively varietal versions.
Scott Kirkpatrick (pictured above by Elaine) and Allison Watkins make nothing but revelatory examples of Petite Sirah. Scott was initially inspired by cru beaujolais but he was impressed by the playful aromas of the Petite Sirah he encountered when working in a custom-crush facility. His Mountain Tides Petite Sirahs, reds and rosé, are clearly made with an incredibly light touch and have beautiful freshness. Scott’s wife Allison is a photographer and her work on the labels makes the bottles beautiful to look at, too. They say on their website that their lives were changed forever by the 2014 earthquake in Napa Valley and it made them realise the earth was not a static thing. So now, they write, ‘our hope is to always be aware of the earth moving and to move with it. Our goal now and forever is to “be moved”.’
Martin Tickle, buyer for Jeroboams wine shops around London, came across Mountain Tides wines on a buying trip to California and was so impressed he has managed to ship three of them over the Atlantic for Jeroboams' customers – without too much price inflation. So I am able to come up with a stunning-value red wine of the week that can be bought in the US directly from the Mountain Tides website for $20 (less if you’re a healthcare worker), and from Jeroboams shops, or via the recently upgraded Jeroboams website, for £22.95 a bottle.
Mountain Tides Petite Sirah 2018 California is a snip of a wine. They made as many as 16 barrels (which presumably has helped to keep the price down) from a blend of Petite Sirahs variously from Lodi, Contra Costa (source of many of California’s oldest vines) and a bit from Dry Creek Valley. The grapes were deliberately picked earlier than most Petite Sirahs, the energetic potential of the variety emphasised by a considerable portion of whole bunch fruit in the ferment. This is my tasting note:
Dark garnet. Satisfying, precise, lovely blend of ripeness and freshness with well-integrated purple fruit flavours and a hint of gravelliness. This could only be from California – in the best possible way. Remarkable value for a fine California red that just happens not to have a smart AVA or fashionable grape variety. Clean, vigorous, persistent finish. The lightest of ‘kisses of oak’, as Robert Mondavi used to say. Warmth but not heat. VGV (very good value) 17 Drink 2020–24. 13.4% alcohol
As Martin Tickle writes about it, ‘it would work beautifully lightly chilled when the temperature is more Napa than Notting Hill’.
I was also hugely impressed by Mountain Tides Rosé of Petite Sirah 2018 Clements Hills AVA. I had to look up Clements Hill, which is a south-eastern one of the numerous AVAs within Lodi at the northern end of the Central Valley. It was picked at just 19.5 Brix (many a Napa Cab is picked at 24 Brix) and the resulting alcoholic strength of the wine is only 12% but there is no shortage of flavour in a particularly delicate, mineral wine. Most rosés seem to fall off their perch after less than a year but this is still going strong. There’s an intriguingly saline finish and I suspect this still has another two years’ life in it. I also gave this wine 17 out of 20, by the way. Such stocks as remain of this most unusual wine..." 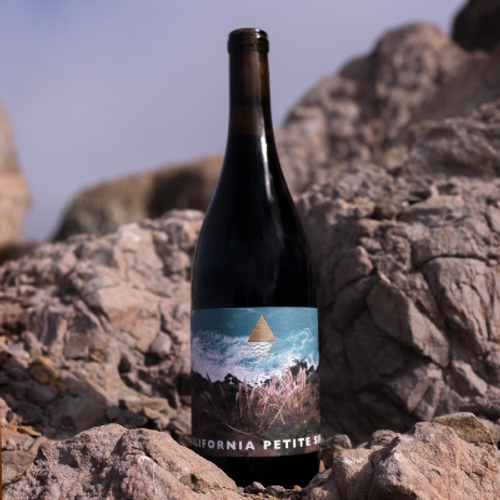