Vinous Reverie Notes
Jancis Robinson - Previous Vintage Wine of the Week
"A tip-top, food-friendly Atlantic white from a blue house, which, we found out on the afternoon of publishing this, has also just been awarded a gold medal by the International Wine Challenge.
Ever since I visited Galicia several years ago, I’ve had a soft spot for Rías Baixas Albariño. The taste takes me straight back to soft green hills, vineyards whipped by salty ocean winds, eating piles of fresh seafood with the Atlantic mere feet away, and standing under ancient, twisted pergola vines. The wine’s bright intensity and acidity and food-friendly nature has made Albariño a firm favourite on our table.
But Albariño can just as easily be turned into a very dull wine indeed. It doesn’t seem to shine very often away from its Galician coastline home, Vinho Verde being the obvious exception. High yields and winemaking-by-numbers that is heavily reliant on sulphites, aromatic commercial yeasts and rigorous fining may produce an affordable, crisp, ‘fruity’ white wine, but it also strips the wine of its salty spine, its creamy texture and the complexity of fruit that it is capable of delivering. I was reminded of that recently when tasting a dreary, rather fat and too-sweet Rías Baixas Albariño from Ocado, selling for a not-inconsiderable £15.49. It tasted like a parody.
But that same week I was reassured that it is possible to buy delicious Rías Baixas for less than £20 a bottle. A clutch of wines from Granbazán arrived on my doorstep. They were all very good, even the entry-level wine. But it was their second-least-expensive wine that caught my eye – the Etiqueta Ámbar 2019.
My tasting note began, ‘This is all salt’. But that was just the first mouthful. It tasted of the sea, of crushed shells and brine and sea moss. The fruit was beautiful: fresh, peaches, apricots, lemon. There was a crunch of green peppercorns. ‘Tangy tingly finish’, I wrote, ‘Delicious. So worth paying the extra £2 over Ocado’s Lusco Rías Baixas for the structure, minerality and authenticity of this wine. Proper terroir Rías Baixas.’
Granbazán was established in 1981 by the Otero family, but it was bought by Pedro Martínez Hernández, owner of Baigorri in Rioja, in 2017. The 14 ha (35 acres) of vineyards in Tremoedo, near Cambados, wrap around a striking, neoclassical château covered in bright blue tiles, which houses a partly sunken winery. This wine comes from south-eastern and eastern vineyards just one kilometre (half a mile) from the sea on sandy granite soils. 35-year-old pergola-trained vines with a range of Albariño clones are hand-picked, and for this particular wine they hand-select grapes that have a golden skin colour. The wine is made from free-run juice with 12 hours’ skin contact, which then undergoes spontaneous fermentation in stainless steel. Then it is aged on fine lees for eight months.
You could drink this over the next four years – good Albariño can take age well – and it is, to state the obvious, the perfect seafood wine. If you’re going traditional, try caldeiradas (a local fish stew with onions, potato and vinegar), or pulpo gallego (octopus with olive oil, paprika and cayenne), or scallop baked in its shell with tomatoes and breadcrumbs. Northern Galicia is also the home of padrón peppers, so this is the perfect excuse to fry up a bowl of these in olive oil and sprinkle generously with salt flakes. They’re also a natural partner for empanadas (Galicia has its own riff on the empanada, in fact) but if you’re not brave enough to tackle that pastry, a normal chicken pie will do just as nicely. We had it with grilled asparagus, olive oil, black pepper and burrata, and it was perfect." 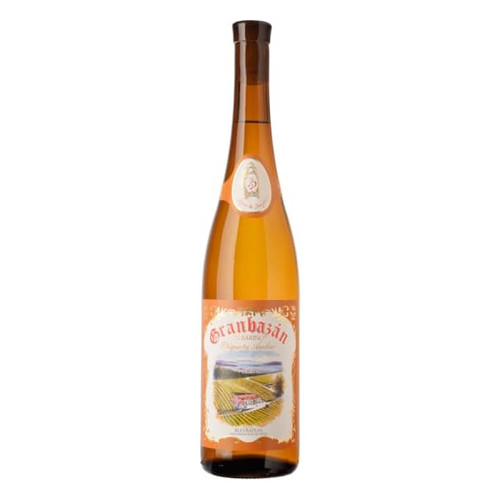