Vinous Reverie Notes
Domaine Gaston et Pierre Ravaut is a family business, located in Ladoix-Serrigny in the Cote d'Or, 5 kilometers from Beaune, at the junction of the Cote de Beaune and the Cote de Nuits. The Domaine took its roots just at the foot of the famous Corton hill. Brothers Vincent and Pierre, current proprietors, take pride in keeping traditions handed down from their great-grandfather. Grapes are hand-picked and hand-sorted, allowing only the best to go into wine production.
The Hill of Corton lies in the midst of a cluster of famous wine-growing villages - Ladoix-Serrigny, Aloxe-Corton, Pernand-Vergelesses and Savigny-les-Beaune. To the North, the southern end of the Cote de Nuits where vineyards mingle with stone quarries (Comblanchien limestone). The vineyards lie at heights of 250-330 meters and form a kind of amphitheatre not found elsewhere in the Cote. The Hill of Corton produces red Corton, described by Camille Rodier as “le roi des bons-vivants” (or “the king of the bon vivants”).
Exposure is South-East/South-West (not an arrangement frequently found in the Cote). The hillside offers a textbook illustration of the local geology. The Oxfordian Jurassic limestone lying between Ladoix and Meursault is younger (145 million years) here than elsewhere along the Cote. At mid-slope the gradient is gentle and the soil reddish and pebbly, derived from brown limestone and rich deposits of marl with high potassium content. Pinot is pampered here.
Grand Cru Hautes Mourottes comes from the limestone of Corton Hill’s upper eastern slopes. Aging makes it rich and vibrant, complex and ever-changing on the palate. 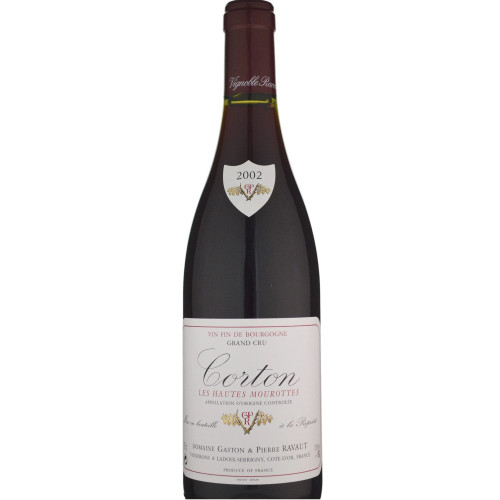