Jancis Robinson
"The Williams family have bought this fruit from Truchard's Carneros vineyard that is, most unusually, on shale. Harvested in eight separate picks between 17 September and 1 October as different sections of the vineyard reached full ripeness. All lots were added to the press whole cluster, with the first five lots seeing a couple hours of skin contact in the press. After cold settling, the juice was allowed to start fermenting with ambient yeast, then immediately racked to brand-new French oak barrels, where they spent their most active phase of fermentation, typically 4–6 days. As each lot began to slow down, all wine was racked to a single concrete tank, where primary fermentation finished over the next several weeks. No lees stirring occurred, and no SO2 was added to the tank until the following summer, with the wine had finishing a natural malolactic fermentation over the winter. Aged on lees in a large concrete 'room' with the aim of producing the opposite of a stereotypical California Chardonnay, which John Williams dismisses as 'pancake syrup'.
Citrus nose and extremely crisp and appetising. Not remotely fat and distinctly edgy. A success for this winemaking technique. 17/20 points."

Vinous Reverie Notes
The Shale and Stone comes from a vineyard planted in 1979 and it's heavily shale-based. Once the Chardonnay grapes are harvested, they see only a little time (less than five days) in oak barrels before being racked to concrete for aging - the "stone" part of the wine. 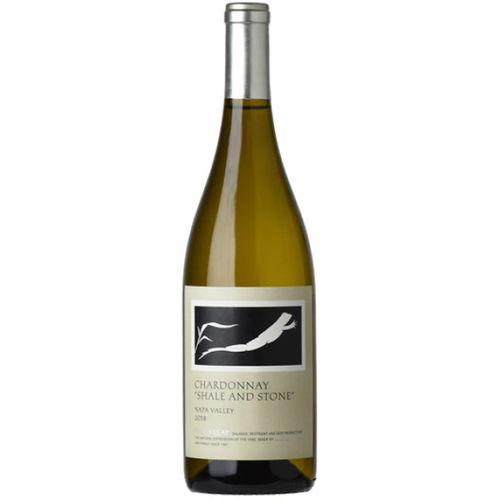