Jancis Robinson
"Luis Sottomayor's first vintage.
Very deep blackish crimson. So, so different from the 1977! 'Every year we have more colour than the previous year.' Better viticulture and better technology in the winery. Expecting even more stable colour in the future. It could almost be a ripe table wine on the nose. Fresh and lively. Racy. Lots of fine tannin on the end. Very mouth filling and yet aromatic. Polished again. Long and aromatic - herbal. Balsamic quality comes from Quinta do Caedo. Just a tiny hint of liquorice. 18/20 points."

Vinous Reverie Notes
Ferreira – back to Dona Antónia's time by Jancis Robinson
"To celebrate last week's series of declarations of 2017 vintage port (we'll publish tasting notes on as many as possible at the end of next month when the most important wines are presented in London), we report on a particularly Portuguese port house. This account of another is also published today.
Just before Christmas I had the enormous pleasure of tasting a range of vintage ports, from 1847(!) to 2016 from a very particular shipper. Ferreira is a hugely famous name in the Douro, not least because of its intimate connection with one of my wine heroes, or heroines, Dona Antónía Adelaide Ferreira (pictured), who in the nineteenth century played a massively important part in the port industry. Widowed at 33, survivor, supposedly thanks to the float properties of her crinoline, of the shipwreck on the Douro that drowned her contemporary Baron Forrester, she virtually single-handedly saved the people and the vines of the Douro from phylloxera. Apparently there was a Portuguese television dramatisation of her life. And there has been a straightforward biography in Portuguese. But surely her dramatic life, including a period in London, deserves the attentions of a sympathetic and talented biographer writing in English. Does Amanda Foreman read Portuguese?
Founded in 1751, Ferreira claims to be the oldest Portuguese wine company and its official history describes Dona Antónia as its ‘icon who came to symbolise its values and origins’. In the twentieth century Ferreira was famous for ports sweeter than those produced by the ‘British’ (in fact Anglo-Portugese usually*) shippers, and for its prescient Douro table wine Barca Velha. Its much-admired winemaker was Fernando Nicolau de Almeida (pictured in the article on Barca Velha linked to here). In Ferreira’s lodges in Vila Nova de Gaia are ports going back to 1815. The Ferreira team tasted an 1815 to commemorate the bicentenary of Dona Antónia's birth in 2011.
It seemed fitting that, if Ferreira was to be sold, as it was in 1987, it was sold to Portugal’s dominant Portuguese-owned wine company Sogrape. Two years later winemaker Luís Sottomayor joined Sogrape’s Douro team and learnt much from de Almeida. Also responsible for Sandeman ports, he has instituted many changes, including imposing a precision-viticulture regime in their best port vineyards.
The results of all this ground-up work is a new port from Ferreira, Vinha Velhas 2016, based on a field blend of as many as 30 different varieties of vines that are well over 50 years old, many of them on the aptly named Quinta do Porto near Pinhão where Dona Antónia herself lived for a time as well as some fruit from Quinta do Caedo, acquired by Ferreira in 1990. The grapes were harvested in two phases and were foot-trodden in lagares at their Quinta do Seixo winery. The result is a wine with a residual sugar of 103 g/l. Sottomayor is clearly pleased as punch with this new wine and insists that freshness is the key for him. ‘I pick after Dirk [Niepoort] and before Noval', is how he puts it." 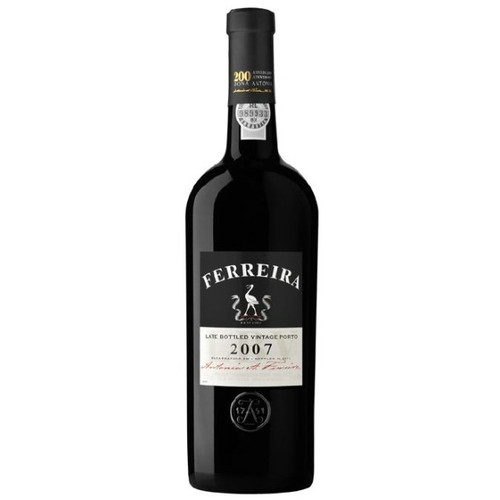