99 points James Suckling
"I love the currant and rosemary character of this wine. Some sage, too. Complex aromas that draw you in. Full body, extremely tight and chewy with a long and intense finish. The tannins are fantastic - so polished. Focused and beautiful. Mineral undertone with ash and hot stone highlighting the dark fruits. It goes on for minutes. Needs three or four years to come together. But a serious red all the way."
*Ranked #9 on Top 100 of 2017*

97 points Vinous
"The 2015 Saffredi is a total head-turner. Bold and explosive, the 2015 captures all the magic that Le Pupille is capable of. Crème de cassis, lavender, mint, licorice and truffle are some of the notes that give the 2015 is decidedly exotic, racy personality. Even with all of its abundant richness, the 2015 possesses terrific supporting structure and phenomenal balance. In a word: magnificent! I can't wait to see how the 2015 ages."

96 points Robert Parker's Wine Advocate
"The 2015 Saffredi is a sultry and velvety wine from the Tuscan Coast. The blend is 60% Cabernet Sauvignon, 30% Merlot and 10% Petit Verdot that sees 18 months in new and neutral oak. The textural richness is of the highest caliber, and the bouquet produces a long succession of black fruit, exotic spice and savory tobacco flavors. There's a touch of mocha chocolate and toasted espresso bean as well. The wine delivers great length and power. It promises not only to age but to improve as it spends more years in the cellar."

Jancis Robinson
"60% Cabernet Sauvignon, 30% Merlot, 10% Petit Verdot. Thanks to copious winter rains, water reserves were preserved throughout spring. Spring was characterised by heavy rains followed by sun and strong wind. This, together with mild temperatures, led to early budding and consequent flowering. Summer was warm and dry but with some rainfall from the end of August until the beginning of September. Overall a hot but dry year. Harvest between 5 September and 7 October. 40,000 bottles produced.
Mellow ‘settled’ nose. Juicy fruit and rather callow but admirably well balanced. No rough edges and no excess alcohol. Very good tannin management; readier than many older vintages. Full of life but not aggressively youthful. Long. Chapeau! 17.5+/20 points." 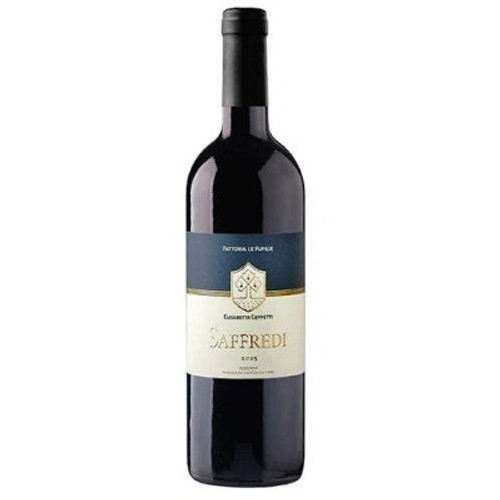