91 points Robert Parker's Wine Advocate
"The 2016 Cotes du Rhone Villages Seguret Tradition is much more flattering young than the 2015, offering hints of stone fruit and licorice to go along with black cherry flavors. It’s medium to full-bodied and supple, with a long, velvety finish. It should drink well on release and for another 5 years or more."

Vinous Reverie Notes
Jancis Robinson - Wine of the Week
"In Britain the nights are getting cooler, and full-bodied red wines seem increasingly welcome – especially now that more and more winemakers seem able to disguise high alcohol levels and any obvious heat on the end of the tasting experience. (How?)
I have long admired the reds of Domaine de Mourchon, situated in classic south of France setting between the medieval hilltop village of Séguret and Mont Ventoux under the Dentelles de Montmirail in the southern Rhône. (The whites and pinks are fine but definitely less exciting.) Mourchon reds are so much livelier and more satisfying than, for example, supermarket Châteauneufs. Their range starts with a basic Côtes du Rhône and travels upwards via a Grande Réserve to very distinct Family Reserve varietal bottlings of old-vine Syrah and Grenache.
My favourite, certainly in terms of value, is usually the Tradition, the Côtes du Rhône-Villages, Séguret that seems to me to be an excellent buy for a wine that is ready to drink when released but usually improves over two to four years in bottle, depending on the vintage.
The domaine was bought by the McKinlay family in 1998 when it had about 17 ha (42 acres) of mature vines on terraces at about 350 m (1,150 ft) but no winery; all the fruit was taken to the local co-op. Within a couple of years a winery was built and the McKinlays set about building the reputation of the domaine, seen below in autumn.
The particularly fastidious Master of Wine Mark Savage of Savage Selections of Northleach, Gloucestershire, wrote about the domaine seven or eight years ago (and still publishes on his website), ‘I must admit to a degree of bias here, tinged with some sense of responsibility, for when Walter MacKinlay asked me to help him find a good vineyard back in the 1980s, this was the place that I eventually urged him to purchase. It is a tribute to his drive and determination that the vineyard is now realising its true potential, something that had never been possible to achieve under its previous ownership. Naturally enough, I am keen to come and interfere whenever I have a chance.
‘My opinion was that this parcel of vineyard, situated on the high ground of the Séguret appellation rather than the lower sandy soils adjacent to the plain below, had the potential to rival the wine of Gigondas. I believe that this has now been proved with the release of the excellent 2007 vintage wines here. Both Grenache and Syrah thrive here, as one might expect, making wines with plenty of flavour and deep structure. The basic Tradition provides satisfying drinking even when young, while the Reserve wines reward those with greater patience.’
Since 2000 the wines have been made by Sebastien Magnouac, who arrived in his mid twenties from a family with a tradition of making Armagnac. Scot Walter McKinlay ran the business and now his daughter Kate has been taking over. They have been adding more vineyard so that the domaine is now has 35 ha of vines, and they have added a small négociant business based on bought-in grapes that is called simply Mourchon. They make a red Châteauneuf, for example, but it’s the domaine’s own reds that I find the most exciting.
The Tradition is a full-throated, thoroughly satisfying blend of about 65% Grenache, 25% Syrah and 10% Carignan – average age of vines about 40 years with an average yield of 35 hl/ha. Both 2016 and 2017 are currently in circulation. Kate describes 2016, lauded throughout the southern Rhône, as ‘a gift of a vintage presenting perfect balance’. The wine was aged for 24 months in fashionable concrete tanks.
In 2017 they lost about 35% of the crop, presumably thanks to those spring frosts that shrank the vintage throughout France, so the McKinlays decided not to make the two Family Reserve varietal cuvées. This meant that even more concentrated juice than usual went into the Tradition blend.
Another difference between the 2017 and 2016 is that 50% of the former was aged for 12 months in 70-hl wooden tronconic tanks (those ones that are narrower at the top) and then had another 12 months in concrete ‘in order to introduce a little more finesse and counteract the rusticity that can be a trademark characteristic of our poorer soils’, says Kate. There’s another distinction in 2017, which was the first complete year of the domaine’s conversion to organic viticulture. They should be certified in 2020.
I gave both the 2016 and 2017 an enthusiastic score of 16.5. I described the 2017 thus: 'Healthy mid crimson. Well-mannered, spicy, herbal, well-integrated aromas. Sweet palate entry and very polished texture with agreeable freshness. Eminently gulpable – pure, typical, geographically specific southern Rhône fruit. Just the job! Great balance and persistence. No exaggeration; no heat on the end. GV Drink 2019–23'
And about the 2016: 'Vibrant purplish crimson. Very rich, meaty nose with sufficient freshness. Really interesting cocktail. Wonderfully supple but substantial tannins that emerge only on the finish. Great vibrancy. A wine worth ageing but it would already deliver now if served with something equally meaty. Drink 2018–23" 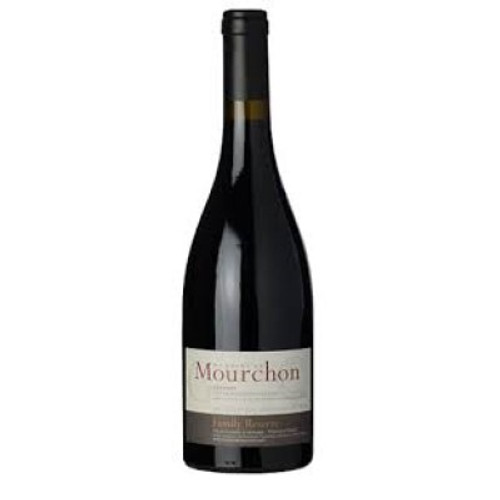