Vinous Reverie Notes
Michele Smith and David Chapel started their first vintage in 2016 while still searching for their own cellars. In 2017, with their new cellar in, they started to increase production with cuvees coming from Julienas, Chiroubles, Moulin-a Vent and Fleurie - all made from fruit grown in organically farmed vineyards. In 2018, they began working 1.2 hectares of vines in the Beaujolais Cru, Fleurie. The wine is from the single lieu-dit [specific part of a vineyard recognized for its own topographic specificities], Charbonnières, which sits at 1,500 ft in altitude. The parcel is planted to high density, free-standing, gobelet vines. The Charbonnières site is formed as an amphitheater high up in the mountains of Beaujolais and bordered by the forest which forms a natural wall around the parcel. This is an east facing parcel with part of the vineyard facing north and the other side facing south. The land has been farmed organically for 20 years and is worked entirely by hand. The vine age varies and the oldest vines are over 60 years old. Granite rock forms the bedrock and the soil is a mix of granitic sand, weathered rock fragments, and igneous rock. The result are nothing short of breathtaking. Tasting Notes: Fine fragrant red fruits, cherry, strawberry, wild raspberry and red current form an alluring nose. These mineral shining underneath, smoke and rock. The palate is a web of complexity. Super fine tannins and a flavor that expands on the palate. 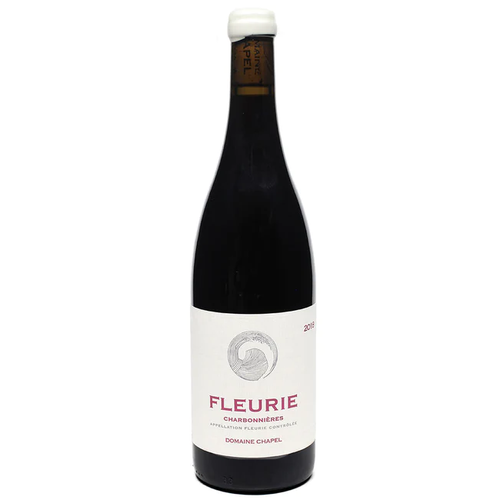