92 points Wine Enthusiast
"Red-apple notes have a vivid touch of lemon freshness on the nose. The very lively mousse is fine and creamy while the red-apple notes are joined on the palate by a more leafy, more tart notion of red hedgerow fruit. Think hawthorn and rose hip. This is very dry, but the very fine creaminess of the tiny bubbles and subtle notes of rye sourdough provide ample balance on this elegant wine."

Vinous Reverie Notes
In 1871, Jean Dirler settled in the tiny village of Bergholtz and founded Vins Dirler. Bergholtz and its 1,000 inhabitants are tucked up in the lower hills of the Vosge Mountains, 25km south of the city of Colmar in the Upper Rhine department of southern Alsace. Today, the Domaine is run by Jean Dirler, who represents the 5th generation. The family began the conversion to biodynamic viticulture in 1998. Jean and his father began by converting 6 hectares of the lower slopes of vineyards and continued in 1999 with converting the remaining 3 ha. of the steepest and narrowest trellises that require the use of horse and plow even today. In 2000 the Domaine increased in size as Dirler was joined by Ludivine’s familial vineyards, Domaine Hell-Cade, in nearby Guebwiller. The merger, now known as Dirler-Cade, brought the total vineyards planted to 18 ha., and these new vineyards were added in stages so that they too could be properly converted to biodynamics. The entire production was certified AB (Agriculture Biologique) and BIODYVIN (Bio-Dynamic) as of the 2007 vintage. In the vineyards, the soil is plowed 4 to 5 times a year, and old canes are not pruned off until March. Dirler-Cade removes flowers instead of green harvesting. 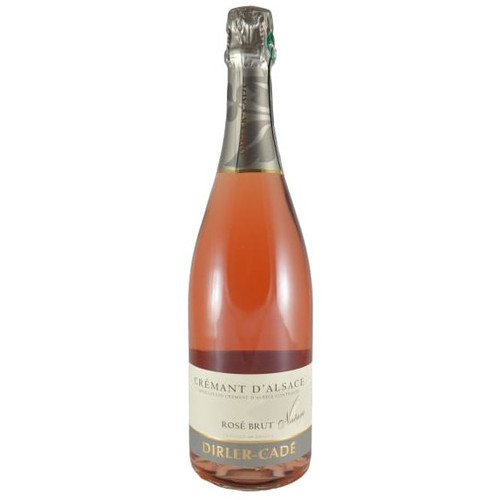