Vinous Reverie Notes
The DeForville family emigrated to Piedmont from Belgium in 1848 and established themselves in the village of Barbaresco in 1860. Here, the family was instantly engaged in growing the Nebbiolo grape under the direction of Gioachino De Forville. He was succeeded by his son, Vincenzo, followed by Vincenzo’s nephew, Paolo and, then, the fourth generation is represented by Paolo’s daughter, Mafalda and her husband, Bruno Anfosso. Now, the fifth generation is in place: Valter and Paolo Anfosso, the two sons of Bruno and Mafalda.
Dolcetto d’Alba: This typical red of the Langhe region is harvested from three separate parcels spread between the communes of Barbaresco and Neive. The vines are an average age of 30 years. After a fermentation of approximately 10 days in stainless steel, the wine is racked into large oak “botti” for about six months, being bottled at the onset of summer of the following year. 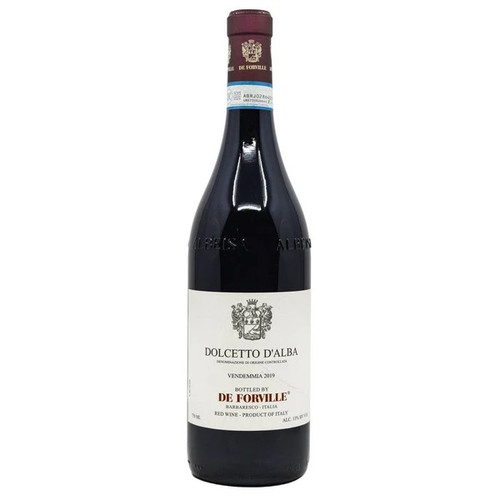