Vinous Reverie Notes
"Apparently this is entry level, but aims much higher. Long and with rustic tannins." ~ Walter Speller form JancisRobinson.com
The D’Angelo winery, whose name has been identified with the Aglianico wine for approximately a century, represents for Basilicata the history of this wine. The winery has 35 Ha of winery-owned vineyard, and produces 300.000 bottles yearly. The company has 2 estates, the first one is used for the wine-making process and the second one for the ageing (barrels and barriques). The Aglianico grape variety has been grown in southern Italy for centuries, particularly in the regions of Basilicata and Campania, where it was probably introduced by the Greeks during the founding of their colonies. There are numerous theories as to how the grape acquired its name, but it is believed to derive from Ellenico or Ellanico (“Hellenic” in English). The variety thrives in hilly terrain of volcanic origin, which is typically clayey, calcareous and of strong composition. 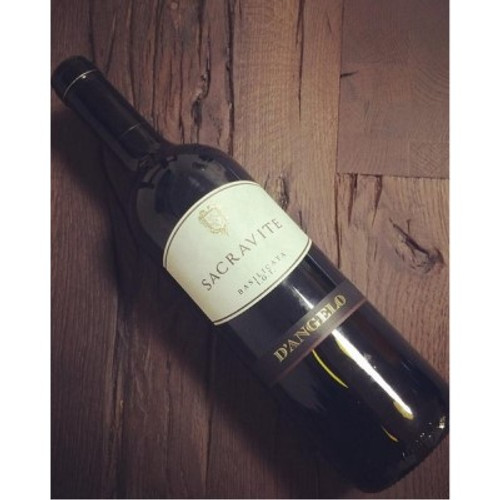