90 points Robert Parker's Wine Advocate
"The 2017 Vin de France Le Paradou Grenache was tasted as the final blend from tank, with bottling scheduled for July. This medium to full-bodied wine is loaded with dusty black cherries. Round, ample and ripe, it's even a bit chocolaty-rich but remains very smashable. Half of the crop was lost because of frost."

Jeb Dunnuck
"The 2017 Vin de France Paradoux is the normal 100% Grenache that's sourced from the Ventoux and the Roussillon. Its medium ruby color is followed by a vibrant, crisp, balanced red that has lots of peppery spice, classic Grenache fruit, medium body, and a clean, dry finish. It's a great example of the character-filled, elegant wines from this region that are becoming more and more common."

Vinous Reverie Notes
Le Paradou is a project created by Alexandre and Frédéric Chaudière whose family produce some of the most respected wines in the Ventoux at Château Pesquié. It is reasonable to think “Paradou” means “Paradise” in the old language of the “langue d’oc”, as it is magical to live in the south of France. Yet, “Paradou” actually refers to the old watermills that once dotted the landscape. It is in homage to these majestic giants, built on the banks of streams since Roman times, that we have created these fresh and pleasing wines. The vines, ranging in age from 40 to 60 years old, and are cultivated in accordance with the laws of Terra Vitis, an organization that ensures that properties respect the environment by stressing the benefits of integrated farming. The Paradou vineyards are all slightly elevated on rather poor soils in order to obtain the freshest and most drinkable wines possible. The aspect of the vineyards is sheltered and none face fully south. Le Paradou is a cuvée of Grenache made from Grenache sourced from Agly valley in the Roussillon combined with Grenache from Chateau Pesquié’s vineyards in the Ventoux. 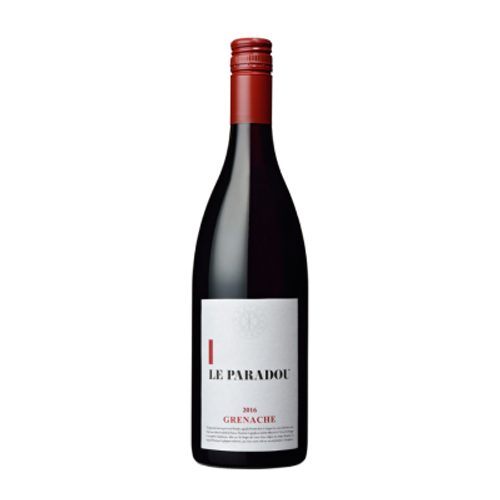