93 points Wine Enthusiast
"Produced from old Malbec vines in the second terrace above the River Lot, the wine is darkly concentrated, with solid tannins and generous black fruits. Aging for 12 months has smoothed the square corners to create a wine that is hugely rich and rounded. It has the potential to age and become more opulent. Drink from 2020."

Vinous Reverie Notes
The history of Château Lagrézette goes back to the 12th century. Originally a Medieval fortress occupied the property and it was not until the 15th century when the Château was built over that original foundation and the Malbec grape was cultivated. The property prospered for centuries but like so many others, fell to the Phylloxera epidemic. Abandoned in the 1930s, it wasn't until 1980 when it was rediscovered by current proprietor Alain Dominique Perrin who began a decade long labor of love to restore the property and its vineyards. Bringing in consulting oenologist Michel Rolland, the property has achieved new heights of accolades making some of the regions most profound Malbec based wines. The "Seigneur" is a blend of 87% Malbec with 13% Merlot. Light barrel aging on this cuvee keeps it fresh and focused, showcasing the best that Cahors has to offer. 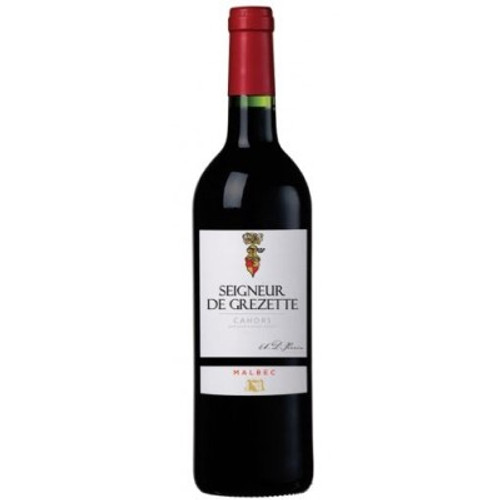