Vinous Reverie Notes
Jancis Robinson - Previous Vintage Wine of the Week
"Château Juvenal is a name that is new to me. The Forestiers bought the property in 2001 and in 2011 joined forces with local vignerons the Alban family, who had until then delivered their grapes to the Beaumes-de-Venise co-op (grandly named Balma Venitia). A winemaking facility has been built at Ch Juvenal and celebrated southern Rhône oenologist Philippe Cambie hired as consultant.
Farming is organic, soils clay-limestone, and slopes mostly south-facing and the land is now farmed parcel by parcel, as is the current vogue. Here is the official explanation of the name of their most basic cuvée from the property’s website: ‘The name Ribes du Vallat refers to the plots of land where the vines grow and which are located along the gently sloping banks (ribes in Provençal language) that border the natural river bed (the vallat) that runs through the heart of the estate. Here, in springtime, painters come from afar to set up their easels and capture the multiple shades of green on display in this little corner of paradise. Our terroir is well exposed and well drained and sits nestled among pine trees, Provençal cypresses, green oaks, Mediterranean scrub and olive trees. There is a red wine, a white wine and a rosé.' As is often the case in this part of the world, they produce olive oil pretty seriously, and also seem to run a bed and breakfast business.
I’ve chosen Ch Juvenal, Les Ribes du Vallat Blanc 2016 Ventoux to illustrate that bitterness can be a positive – not least in white Rhônes. They are often relatively low in acidity but a light bitterness on the finish can substitute, making them quite zesty (often literally, reminiscent of citrus peel) and refreshing enough. This is one such wine – a blend of the Clairette that is increasingly recognised as one of southern France’s most attractive and vital pale-skinned grape varieties, with 20% Viognier, the vines being 40 years old. The wine's appeal starts when you smell and start to taste it, all broad and honeysuckle-scented, but by the end it has tightened up to remind you of dried peel – the whole being quite a bit more refreshing than average for a southern Rhône white despite its advertised alcohol of 14%. I gave it an enthusiastic score of 16.5 out of 20 but would suggest drinking it this year for maximum refreshment value. The grapes are cooled to 10 ºC (50 ºF) and the resulting white is matured on its lees, half in tank and half in demi-muids.
Presumably the fairly high elevation of the vineyards of Ventoux, a southern Rhône appellation that is looking increasingly exciting with every vintage (and producer of no newer than six wines of the week so far), helps retain freshness. And then there is the quality of the 2016 vintage in the southern Rhône. Michel Chapoutier presented his 2016 ‘Sélections Parcellaires’ in London recently (look out for my forthcoming article on them) and declared that in the southern Rhône he reckoned 2016 was even better than 1990.
If anything, however, I was even more impressed by the red Ch Juvenal, Les Ribes du Vallat Rouge 2015 Ventoux (£11.50 from The Big Red Wine Company, who currently have the 2014 reds and the 2015 white but the next vintages should be available in the next couple of weeks, we are assured). It's made mainly from 70% Grenache and 30% Syrah, 10- to 50-year-old vines. This young wine has not seen any oak but was aged in tank on the lees and is absolutely chock full of flavour. Not especially deep in colour, as is the way with Grenache, it is full and rich with a hint of something gamey before masses of vital juiciness assaults the palate. Although you could already enjoy this (despite its 15% alcohol), it has lots of grip, concentration and ambition. It seems such a shame that this fruit used to disappear into a co-op blend... Already delightfully readable, with no shortage of life and tension, this clearly has the potential to become more complex. I gave it 17/20 and recommend drinking it between 2017 and 2021.
Its big brother Ch Juvenal, La Terre du Petit Homme 2015 Ventoux (£14.85) is a 50:50 blend from generally older vines with the Syrah aged in barriques. For the moment it is much more brooding and less approachable though will almost certainly have a longer life. I'd much rather spend money on two bottles of it than on one of the unoaked top bottling Ch Juvenal, Perséides 2015 Vin de France, whose price (£28.50) I don't quite understand. It's apparently a Vin de France because the Ventoux regulations require at least two different vine varieties. But all these wines are admirable and interesting in their way. As usual, I'm recommending the best-value option..."

70% Grenache and 30% Syrah from 50+ year-old vines, farmed organically and hand-harvested parcel by parcel according to optimal ripeness. Tasting Notes: It explodes with aromas of black cherries, raspberries and lavender. Juicy dark fruit flavors are most certainly lush and intense, yet there are finely woven tannins that give this wine impressive length and balance. 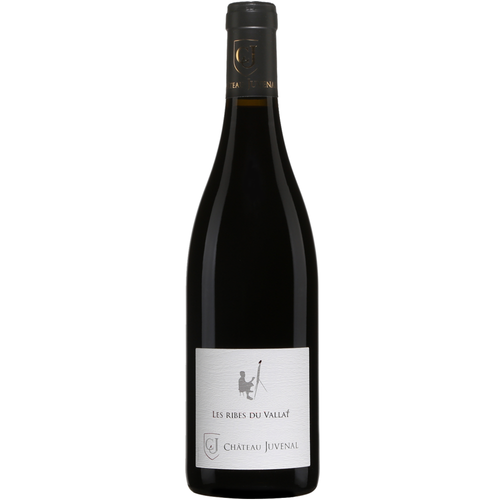