Jancis Robinson
"Certified Terra Vitis (since 2002). Cork. 40 hl/ha from 45-year-old vines on mica schist. Made in underground cement tanks, no malo. Bottled in February 2017 after an élevage of 29 months on fine lees. From the cru commune of Vallet.
Quite extraordinary bouquet… I almost forgot to put it in my mouth. Sweet hay and saffron, Golden Delicious apples and summer honey, and the shape of the nose – a bit like their Vieilles Vignes – is a mist of smell, almost tangible to the eye, strange as that probably sounds. Slightly ‘dusty road’, on the palate as well as the nose. Like walking down a farm road in early summer, dust and pollen and earth just drying out. Then utterly clipped and crystalline on the finish. This would be really good with delicate turmeric/saffron-based dishes. Turmeric-roasted cauliflower? 17/20 points. (TC)"

Vinous Reverie Notes
The estate’s vineyards are located in the eastern portion of Vallet, one of the newly established Muscadet Crus. The soil consists of mica schists, which allow for the rapid flow of water and quick warming of the soil in spring to generate an early start for the vine. This crumbly rock also allows deep rooting of vines. Deeper down, the roots find clay areas rich in minerals, which are useful in summer to conserve water resources. The orientation of the vines, slope, soil thickness, and age of the vines varies among the plots. The vineyards are located in a maritime climate south of the Loire River, 30 miles from the Atlantic Ocean. Winters are relatively mild, which enables a fairly early start for the vines. Summers are relatively dry but with mild temperatures. The vines suffer little water stress and the balance between the sugars and acids in the berries allows for aromatic wines that retain freshness. This climate is important in creating the character of the wines and imbues them with real originality. Tasting Notes: This is an exceptional Muscadet. It still has plenty of freshness along with a tight, mineral texture and lightly smoky flavors. The concentration gives the wine richness while it remains bone dry and crisp. 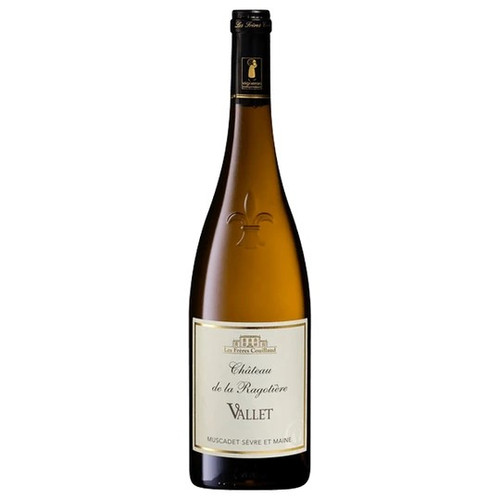