91+ points Robert Parker's Wine Advocate
“The red 2018 Vermell had just been bottled when I tasted it. This is the entry-level red of the old-style range produced exclusively with local grape varieties and aged in amphorae. 2018 was a year of low alcohol but also some challenges, which meant they had to sort the grapes for this blend of 70% Garnacha Tintorera and the rest Mandó. It feels like this Vermell is lighter and is getting closer to Safrà, as it's floral and delicate, with a medium-bodied palate, fine tannins and great balance. They keep fine-tuning their wines, controlling the power, making them subtler. 90,000 bottles produced.”

Vinous Reverie Notes
Vermell is a blend featuring 70% Garnacha Tintorera – a 19th-century, French crossing of Garnacha and Aramon Noir that was widely planted after phylloxera. It was initially prized for its dark color (its flesh is red as well as its skins) and productive yields. It gradually found its way to Iberia with significant plantings in Galicia, La Mancha, Valencia, and Southern Portugal. Vermell also includes 30% younger vine Mandó. Hand harvested, destemmed and fermented by natural yeasts in stainless steel tanks and stone lagars, then aged in amphorae, Vermell showcases the typical bright, red-berried, and herbal flavors of Garnacha Tintorera without being overripe, overbearing, or overloaded with oak. It is an excellent introduction to the new “old style” of wines being made at Celler del Roure. 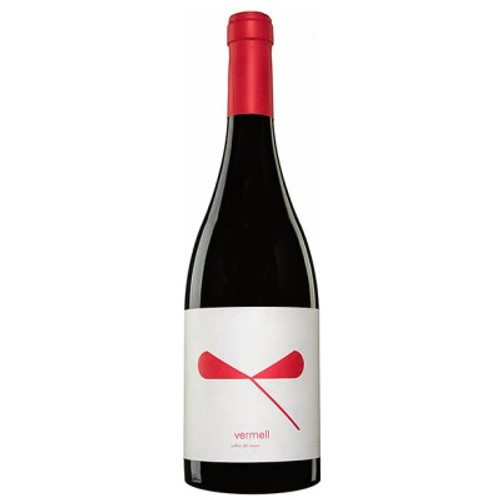