92 points Robert Parker's Wine Advocate
"Only in its second vintage, the 2016 Safrà is already a reference for the winery—it's more vibrant and livelier than Parotet but produced with the same grape, Mandó, which is complemented here with 10% each Garnacha Tintorera and Monastrell. It fermented in stainless steel and stone lagars with 30% full clusters and indigenous yeasts. Malolactic was in amphorae, where the wine matured for some six months. It has plenty of aromatic herbs, balsamic; in a way, it reminded me of a vermouth. At the end of the day, 2016 was a short vintage—the grapes ripened earlier, so they harvested them pretty early, keeping the freshness. The palate is light to medium-bodied but very tasty, with deep flavors and great persistence; it has more concentration than it seems. It's not as light as the 2015 and feels more complete. They used more stems than in the initial vintage, and that also helped to keep the freshness and balance the juicier fruit. It feels like a good improvement over the previous year, a very good value and the benchmark for Mandó reds."

Vinous Reverie Notes
“The proprietor’s family has long believed in the potential of the indigenous Mando grape. From a vineyard planted at 1,650 feet above sea level, this is a wonderfully fruity, somewhat Beaujolais-styled offering with more body and texture than most Beaujolais possess.” ~ Robert Parker
Spanish for saffron, Safrà is a wine that shows the growing confidence of Pablo Calatayud in the ancient stone lagars and subterranean clay amphorae present at Celler del Roure. Safrà is a blend of Mandó, an  indigenous grape of this part of Valencia, with a small amount of Garnacha Tintorera. Harvested by hand and partially destemmed, this cuvée is fermented by natural yeasts in stone lagars and stainless steel tanks then aged for 6 months in amphorae. This is about as pure and naked an example of Valencian wine as once can find, showing a brightness of fruit and a forthright and alluringly authenticity. 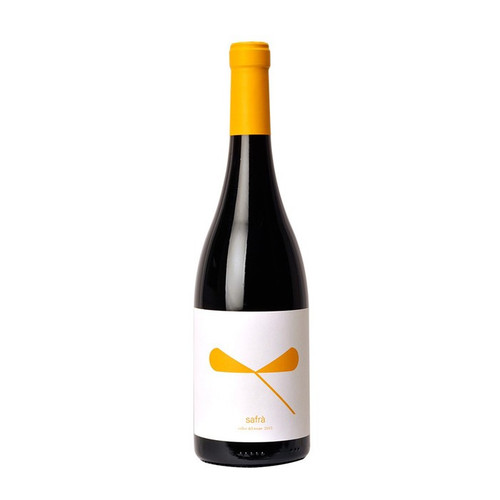