91 points James Suckling
“This is very perfumed on the nose with rose-petal, lavender and cherry aromas that follow through to a medium body, fine tannins and a fresh finish.”

Jancis Robinson
"80% Sangiovese, 10% Ciliegiolo, 10% Cabernet Sauvignon. The Collemassari estate comprises 120 ha of vineyards within a 1,200-ha mixed farm near the village of Cinigiano in the DOC of Montecucco. The vineyard at 300 m elevation, on marl and alluvial soils, was planted in 1999 and has always been farmed organically. Harvest is by hand with a yield of around 5 t/ha. Grapes were destemmed before being placed into stainless steel vats and oak tonneaux. Spontaneous fermentation was followed by a three- to four-week maceration before the wine was racked off into a combination of 40-hl oak vats and smaller oak tonneaux where it was further aged for 18 months. Bottled unfined in July 2017. Winemaker Luca Marrone. TA 5.1 g/l, pH 3.65, RS 0.52 g/l.
Dark garnet. Lots of bite and conviction – not just heat! Masses of personality. Long and rich but not hot. Real punch to this tangy wine. Exciting! Only just ready. VGV (very good value) 17/20 points."

Vinous Reverie Notes
Jancis Robinson - Wine of the Week
"A southern Tuscan bargain for your delectation – practically wherever you are.
This seriously underpriced, impressive wine is proposed as a continuation of Walter’s recent musings on Italian wine and value and his specific recommendations. It is perhaps significant that of the three wines of the week so far recommended by Walter (all in 2012 – more please, Walter!), one was a Montecucco. See Walter’s 2012 article for some background to this under-publicised DOC in the hilly hinterland of Grosseto on the Tuscan coast south of Bolgheri. Elevation and sea breezes help moderate the latitude.
I came across the wine thanks to one of the more upmarket British supermarkets, Waitrose, where it is supposed to be stocked by 78 branches as well as being offered here online. As we have discussed many a time on our Members’ forum, WaitroseCellar.com is annoyingly coy about specifying vintages, but 2016 was a really excellent vintage in Tuscany so if they do deliver the 2016 instead of the 2015, you should be all right – even though I have not tasted the 2016.
But, as you can see from all the currencies cited above, the wine is extremely widely distributed. According to Wine-Searcher.com you can find it in the UK, US, Italy, Austria, Germany, France, Switzerland, the Netherlands, Luxembourg, Belgium, Denmark, Ireland, Russia, Canada, Japan, Hong Kong, Singapore and Australia.
It is presumably made in a fair old quantity – there are 120 ha (300 acres) of vines on this 1,200-ha mixed farm near the village of Cinigiano – which is what makes its compelling quality all the more admirable. It’s made from 80% Sangiovese, the classic Tuscan grape, together with 10% Ciliegiolo and, perhaps a disqualifier as far as Walter is concerned, 10% Cabernet Sauvignon. The French intruder is far from obvious, however. The dominant flavour is the bite and tang of Sangiovese but this is clearly from a relatively warm spot even though there is no heat on the end, despite its 14% alcohol. I was really impressed by its conviction, integration and confident Tuscan personality. It's fairly rich with real density and I’d say it’s only just ready to drink. There are some tannins still in evidence and I suggested a long possible drinking period of 2019 to 2025. I gave it a score of 17 out of 20 – very high for me, but the persistence is most impressive...
This historic estate, in the foothills of Monte Amiata, which divides Montecucco from Montalcino, has belonged to Claudio Tipa and his sister Maria Iris Bertarelli since 1998. They also own the popular Bolgheri estate Grattamacco, since 2002, and Poggio di Sotto in Montalcino since 2011. In 2016 they bought another Brunello property, Tenuta San Giorgio, paying €8 million for abnout 50 hectares of which only about eight are planted with vines according to Walter. Luca Marrone oversees winemaking at all these estates.
They make quite a wide range of wines, as you can see from their website, including the earlier-drinking Rigleto red and, top of the range, a Montecucco Sangiovese DOCG called Poggio Lombrone.
Although the Bertarellis are based in Switzerland, they also operate the Fondazione Bertarelli arts foundation based in the province of Grosseto, which looks a thoroughly worthwhile enterprise as far as I can tell from its website. Maria Iris’s son Ernesto Bertarelli is well known in sailing circles. His Alinghi team was the first Swiss sailing syndicate to win the Americas Cup twice: in 2003 in New Zealand and in 2007 in Valencia." 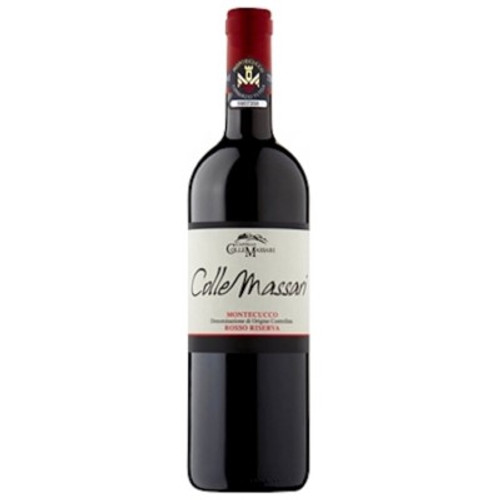