94 Robert Parker's Wine Advocate
"The nose of the 2019 Ultreia Saint Jacques is nothing short of spectacular. It shows the varietal character and the juicy and round style of the Valtuille vineyards. It's harmonious, clean and expressive. They are using more and more stems with long macerations, malolactic in tanks and aging in 30% oak vats (he purchased from Alion) and 70% of the wine in used 225-liter oak barrels for one year. Best After 2022"

Vinous Reverie Notes
“Raúl Pérez is the archetype of the intuitive winemaking genius.” ~ Decanter
Varieties: Mostly Mencía with Bastardo (Trousseau), Garnacha Tintorera (Alicante Bouschet). Raúl Pérez Pereira is universally considered to be one of the world’s most visionary winemakers. Since he produced his first vintage for his family’s winery in 1994 at the age 22, he has been in the forefront of the conversation about what has been called “The New Spain”. In 2005, he left his family business to strike out on his own, creating Bodegas y Viñedos Raúl Pérez, which quickly became the point of reference for the Bierzo appellation. In the intervening years, he has expanded his sphere of activity to include the appellations of Rías Baixas, Ribeira Sacra and Tierra de León, but his heart and his home remain in Valtuille de Abajo, the village in Bierzo where his family has been tending vines for well over 300 years. 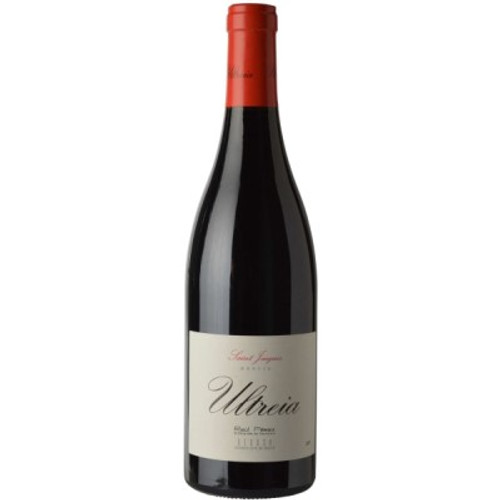