95 points Robert Parker's Wine Advocate
"I tasted the 2018 P.F. next to the 2019. The two vintages were quite different, and it's great to see them side my side. The vinification and élevage are the same, in the last few years shorter, which makes them approachable from early on. This has a lighter color than the 2019, and it's a little more austere and closed, serious and more reductive, not as immediate as the 2019. From this vintage onward, the wine is exclusively in 4,500-liter oak foudres, as they have abandoned the 600-liter oak barrels. This is truly outstanding and, like most of the wines here, a real bargain for the quality it delivers. It has to be one of the finest, if not the finest, vintages for this wine. There are some similarities with La Casilla with extra depth and complexity. 9,000 bottles were filled in August 2019."

Vinous Reverie Notes
Juan Antonio Ponce stands alone as the leader of the Manchuela DO and the master of the region’s indigenous Bobal grape. Bodal has a thick skin and rugged en vaso vines that don’t require trellising or irrigation. As a result, the variety has historically been relegated to bulk production for blending. However, Ponce has managed to tame his vines to bring out the softer and more nuanced side of Bobal as grown on his family’s estate. This is especially true of the 3.5 ha of old pie Franco Bobal vines that remain ungrafted and unencumbered by phylloxera due to the sandy soils of this particular site. Ponce feels the Bodegas Ponce “P.f.” is exemplary of Bobal’s most nuanced form highlighting the vineyard site most valued by such a singular producer. 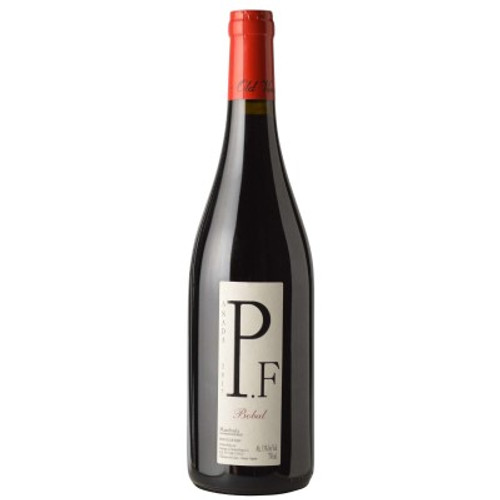