91 points Robert Parker's Wine Advocate
"The 2015 Sotorrondero is a blend of Garnacha with 30% Syrah from Méntrida aged in a mixture of 500-liter barrels and 1,500- and 3,000-liter oak foudres for ten months. It's clean, floral and expressive, with notes of violets and red berries. The profile is more of the Garnacha, with little influence from the Syrah. The palate shows ripe fruit, but it's fluid, with granite minerality and a supple finish. 20,760 bottles produced. It was bottled in August 2016."

Vinous Reverie Notes
Jancis Robinson - Previous Vintage Review
"The wonderful thing about Spain is that great wines pop up in some of the least celebrated places. How many of the world’s wine lovers had heard, for instance, of the Manchuela region east of Madrid 10 years ago? Yet now, thanks to the likes of Victor de la Serna’s Finca Sandoval, it has a presence on the world wine map.
Méntrida is hardly a famous wine region. Even I, co-author of The World Atlas of Wine, had to look up the map of Spain in it to remind myself exactly where Méntrida is (south west of Madrid)...
For long this inland region made little other than co-operative-produced pink Garnacha of decidedly mediocre quality but according to the invaluable Peñín annual guide, there is now a handful of individual producers  who have planted other varieties and areas, developing higher altitude vineyards (up to 800 m) to make much more exciting wines.
Prime among these seems to be the Jiménez-Landi family, whose Piélago 2006 blend of Garnacha and Syrah I liked so much in New Wave Spanish Reds last July...
Outside the UK it’s available in Spain (of course), Germany, Norway and the US – so someone is working very hard not only to make seriously good wine but also, arguably more difficult, to get it out into the marketplace. They really do deserve our attention.
Here's what they themselves say about their family winery:
The cellar forms part of a family house, the oldest part of the house being a hand carved cave dating back to the 17th century in which our ancestors elaborated wine in big clay jars.
The actual project run by José Benavides Jimenez-Landi and Daniel Gómez Jiménez-Landi dates back to 2004, the objective being elaborating wines based on environmental respect, tradition and maintaining a balance with its surroundings. It is with the conviction that nature offers the best of itself when it is cultivated respectfully that led us to cultivate on the 27 hectares of land that we possess an ecological agriculture and initiate ourselves in biodynamic practices. The fruits obtained express the characteristics of the soil, climate, earth and the sky.
Charming. They cultivate their various plots of sand and granite organically, enjoy particularly good day-night temperature variation in this continental climate (see picture) and age the wine in large, 300-litre and 500-litre casks.
I found the Sotorrondero 2006, a blend of 80% Syrah with 15% Merlot and 5% Cabernet Sauvignon, very rich indeed but not sickly. My tasting notes say: 'The merest hint of iron filings. Sweet start but beautifully balanced. Lively follow-through and just so easy to like.' The wine is a robust 14.5% alcohol and would be best sipped with a meaty meal or even salty cheese such as manchego or parmesan." 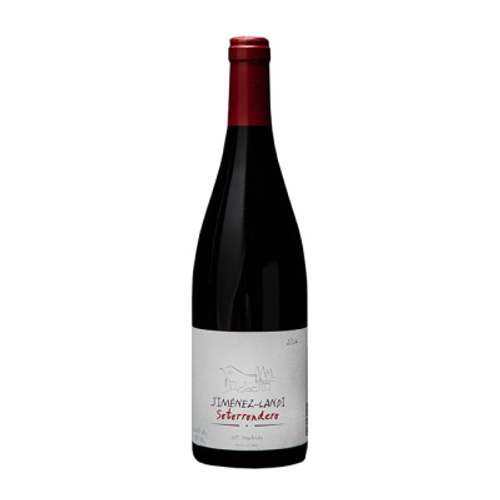