90 points Vinous
“On the palate, lively, sharply focussed raspberry and cherry-cola flavors are underscored by a pronounced mineral quality and building spiciness. Silky tannins give shape to a long, incisive finish. This vibrant, insanely inexpensive wine was made entirely in stainless steel, with one-third whole clusters.”

Vinous Reverie Notes
The Castaño family are the original pioneers of the DO Yecla. Starting in the 1950s Ramón Cantaño Santa, with an extensive family history of viticulture, built the first modern winery in the region and over the successive decades he added to his family’s holdings so now the estate encompasses 450 hectares of primarily old, bush vine Monastrell. Starting in the 1980s the family began bottling wines under their own name continuing to innovate and improve the reputation of Monastrell from Yecla in domestic and export markets. Before this time, the majority of the wine made in the region was sold off in bulk so much of the best, old-vine material was blended away before anyone could take note of its quality. The vineyards are grouped into four estates: Las Gruesas, El Espinal, Pozuelo and Arabí. Soils range from rocky limestone to fine clay. The primary grape is Monastrell followed in importance by Garnacha Tintorera and Cabernet Sauvignon. There are also smaller plantings of Merlot, Syrah, Cabernet Franc, Garnacha, Macabeo, Chardonnay and Sauvignon Blanc. With such extensive holdings its remarkable that harvest is still done entirely by hand with the grapes being transported quickly to the winery for fermentation. The capacity of the winery allows for individualized fermentations including large tanks equipped for traditional carbonic maceration as well as smaller tanks for a range of more experimental types of fermentations. This dynamic approach to wine making is like letting a three star chef free in fully stocked and kitted-out kitchen. 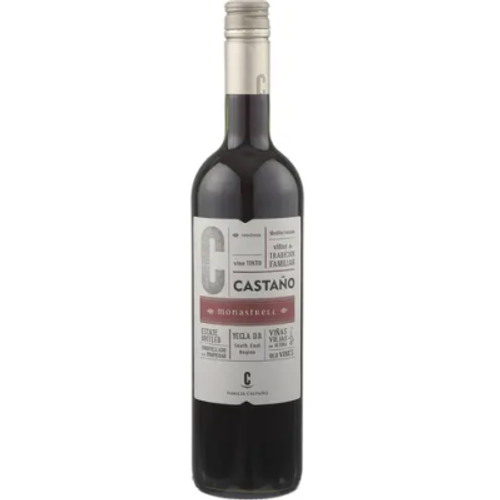