90 points Robert Parker's Wine Advocate
The 2017 Tinto is an unusual co-fermentation of Bonarda and Malbec and some 7% Semillon grapes, fermented in stainless steel and kept in concrete vats and bottled without touching any oak. Floral, juicy and elegant. This is the first vintage released. It's a straightforward, juicy and young red with some complexity where the Semillon seems to add freshness.

90 points James Suckling
"Dried flowers and cassis that flow to the palate in easygoing and approachable style. Smooth, glossy and soft tannins. A blend of 48 per cent bonarda, 45 per cent malbec and seven per cent semillon. Drink or hold."

Vinous Reverie Notes
Since 1995, Altos Las Hormigas has been focused on bringing excellent value wines to the forefront. It started with Malbec, which we all know has grown to a household variety, and later added the tasty delight of Bonarda. Now, the team at ALH are inspired by their Italian roots and have created TINTO a Mendoza take on the oldest known recipe for Chianti, originally a blend of traditional red grapes with a touch of white grapes for lifted aromatics and quaffability. They’ve replaced the Sangiovese and Canaiolo with Malbec and Bonarda, and blended in a touch of Semillon in place of the Trebbiano or Malvasia. Malbec, Bonarda, and Semillon are recognized by the Argentina wine community as the varieties with the longest history in the region, and their blend can be seen as a traditional one that also looks to the future. 48% Malbec, 45% Bonarda, 7% Semillon. Grapes come mainly from vineyards in Luján de Cuyo and Medrano, Malbec and Semillon grapes are co-fermented, while Bonarda is vinified separately before the final blend. The wine is then aged for a minimum of 9 months in con­crete vats. No oak aging. 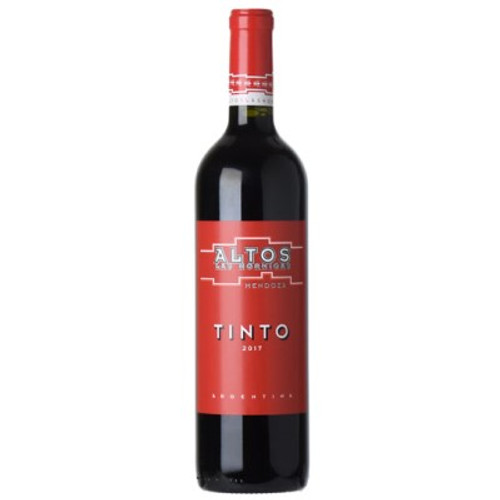